Quick Replies is still available on the desktop app for WhatsApp Business subscribers.

WhatsApp is Working on New Features

WhatsApp hasn’t revealed any specifics or intentions for a reminder feature in the app. Meanwhile, in the latest WhatsApp Desktop Beta version, the service has started to withdraw Quick Replies access for regular accounts, after it was previously added for users without WhatsApp Business accounts.

According to WABetaInfo, a features tracker for WhatsApp, the messaging service is working on a new ‘Yearly reminder of our Terms of Service’ option in the help menu on WhatsApp settings.

A green dot appears in the Help section of the app’s settings in the current beta version of WhatsApp for Android (version 2.22.8.1), likely to bring users’ attention to the yearly reminder for the Terms of Service.

Also Check: Telegram has been banned by a Brazilian judge for refusing to cooperate with authorities

The yearly reminder will be available to all users in India, according to the Information Technology Rules 2022, a WhatsApp spokeswoman confirmed to Gadgets 360. “The Terms of Service on WhatsApp are being reminded once a year.

According to another claim from WABetaInfo, WhatsApp is now rolling back a move that allowed normal WhatsApp accounts to use the Quick Reply feature. For WhatsApp Business accounts, Quick Replies allows users to “store” specific replies and respond to users on WhatsApp Desktop using keyboard shortcuts.

However, in a recent version of WhatsApp Desktop, some users with regular WhatsApp accounts were able to access the feature, and the service has since blocked Quick Replies for regular accounts on the latest WhatsApp Desktop beta version. 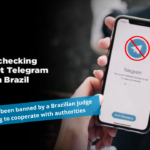 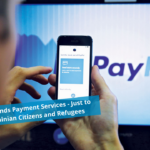 Foxconn, Apple’s main supplier, announced that it had halted operations in Shenzhen until further notice. According to JP Morgan analysts, Foxconn’s suspension of operations in […]

What Is Amazon Prime Tv and Its Features? How Can It Work

Are you familiar with Instahax0r? So, what precisely is Instahax0r? Is it safe to use and genuine? Is it really that successful? How do you […]