Stream TV gives you access to your favourite TV series and movies. It’s compatible with 4K Ultra HD1 content and offers 4 times the resolution of Full HD, as well as a deeper and wider colour gamut. Using the built-in Chromecast, you can stream films, photos, and music from your phone to your TV. Pin your favourite apps or information to your home screen for quick access. Stream TV is simple to set up and use, allowing you to get straight into your next binge-watching session.

Rent or purchase Video on Demand²

Companion web store and app for your smartphone or tablet

Read More: What Channel Is Espn? How can I get ESPN on my Apple TV!

Verizon’s Stream TV gadget has been updated with a new user interface. 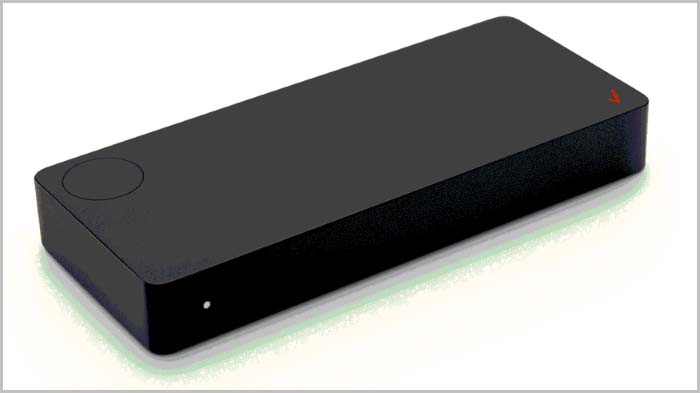 Verizon has unveiled the next edition of its Stream TV gadget, which features a new form factor, UI, and 4K Ultra HD, HDR10, and HDR10+ compatibility.

The Stream TV is an Android TV device that includes apps such as Netflix, Disney+, Amazon Prime Video, and Hulu, as well as Google Chromecast and Google Assistant. The first Stream TV was released without Netflix last year, but Verizon added it this year.

The new Stream TV has a fresh body design and comes with a wall mount bracket. It also has dual-band 2.4 GHz/5GHz WiFi 6 (802.11ax) connectivity. “Organizes the viewer’s favourite shows so they can effortlessly pick up where they left off or plunge into new material from the main menu,” according to the business. Verizon is also introducing the Stream TV mobile app, which will allow subscribers to purchase VOD outside of the home. The device is $69.99, but with a new Verizon Fios or 5G Home installation, new customers can get a Stream TV for free.

Verizon isn’t the only company that has chosen Android TV as the platform for its own branded streaming device. T-Mobile just released TVision along with the TVision Hub, a $49.99 Android TV device, and AT&T bundles an Android TV box with its AT&T TV service.

Verizon unveiled new Mix & Match pricing for its broadband consumers in January, allowing them to choose between 100 Mbps, 300 Mbps, and Gigabit Connection. Customers can add live TV packages such as YouTube TV for $49.99/month, More Fios TV (which includes 300+ channels plus regional sports) for $70/month, and The Most Fios TV (which has 425+ channels) for $90/month to those plans, which start at $39.99/month and go up to $79.99/month.

Verizon Stream TV is a reasonably priced Android TV with a decent veneer. Hardware that is slick and capable, with a reliable remote

Starting with the hardware, the Verizon Stream TV is a plain black box, but I like it. It’s modest on a TV stand and has a small footprint, and it’s free of intrusive branding, with just a small Verizon checkmark at the top.

A series of ports can be found on the back of the device. There’s an HDMI connector with 4K HDR support (and a cable supplied), a charging port, and a full-size USB port, and that’s it. It’s not a crazy setup, but it’s a lot more than a dongle like the new Chromecast or Mi TV Stick. This gives you a lot more storage and accessory options. Although I would have preferred Ethernet to be built-in, the full-size USB port can easily be used with a dongle.

A single button on top is used to locate the remote. The remote will make a loud noise when pressed, allowing you to locate it between a cushion or beneath a cupboard. I really enjoy seeing things like this, and I wish they were more often!

Speaking of the remote, it’s quite good! The rectangular box is made of plastic, and while the edges are a little sharp and the top plastic is easily scuffed, it’s simple to use and the buttons are comfortable to press. A Google Assistant button is prominently displayed, along with dedicated playback control buttons. The remote was extremely responsive and a joy to use. There’s a number pad and a “Guide” button beneath those standard buttons. I had hoped they’d work with YouTube TV, but they’re only compatible with Pluto TV.

Read More: Samsung Tv App: What Are They and How Do They Work?

You’d probably want to flee if I told you Verizon was going to customise an Android skin, and I don’t blame you. To be honest, the carrier’s Android software has a history of being slow and often ugly. Take a look at the truly revolting Verizon Messages app, which is designed to look like it was plucked from the year 2015. Ew.

Thankfully, this does not apply to Verizon’s Android TV updates. Verizon applies a heavy, but not-awful skin to Android TV’s home screen using the Operator Tier. Unlike the skin T-Mobile slapped on its “TVision” dongle, the skin is reminiscent of the company’s design language that you’ll see throughout its websites and apps, and it’s fairly clean and consistent throughout.

The basic layout of the home screen is mostly intact here. Content recommendations are at the top, apps are below that, and the “Continue Watching” section is below that. However, there are additional tabs. One is solely for apps, and the other is for “Rent/Buy.” This is where Verizon makes money, as the content can be rented directly from Verizon for a fee that can be added to a Fios customer’s bill. Nice, but not at all my cup of tea. If you just want to use this device as a traditional streamer, you can easily ignore all of Verizon’s extras.

The only issue I had was with the skin’s double-up on Settings. On the home screen, there’s a Settings button, but it takes you to the Verizon account and experience settings. To access Android’s actual settings, such as WiFi, Bluetooth, and app options, you must navigate through the entire menu. Annoying.

Verizon’s skin makes excellent use of the Operator Tier, in my opinion. It allowed Verizon to ship its own streaming device that feels like its own, but it doesn’t obstruct Android TV’s features or push Verizon’s services too hard. They are available if you require them, but they are not in the way. Although I prefer the core Android TV experience or Google TV, this isn’t bad.

We should also talk about performance. It suffices. The Amlogic S905X4 chip is one of the most recent options, and it supports AV1 decoding. It has 2GB of RAM. It won’t blow you away, but it’ll suffice for 4K HDR and just about any app you can throw at it. During my testing, I used Netflix, Hulu, Disney+, Peacock, and HBO Max and had no issues. However, some Verizon users report issues with Hulu and other performance issues.

Should You Purchase This Instead of A Chromecast?

“Who is this for?” is the real question at the end of the day. It’s a difficult question to answer, especially since the Chromecast with Google TV was released around the same time. With that fantastic $50 dongle on the market, the $70 Stream TV becomes more difficult to justify.

Here’s where I’ve come after using the product for a few months. The Stream TV has a number of advantages, the first of which is hardware. The Chromecast from Google is a little underpowered, and you can tell. Although Stream TV isn’t exactly a powerhouse, its slightly updated hardware ensures that it will last longer. For some media centre setups, the hardware is also better. There’s also the remote, which I found to be both convenient and reliable to use. It’s also very convenient that the box has a button on it to prevent you from misplacing it.

The Verizon Stream TV isn’t for everyone, but I believe it’s a good option for Verizon Fios customers. Rentals that are automatically added to your bill will be beneficial to some, and the fact that new customers can sometimes receive this box for free makes it a no-brainer for others.