Telegram, unlike its competitors, has failed to name a legal agent in Brazil, according to the judgment.

Telegram, a popular messaging service in Brazil, was ordered to be shut down nationally by a Supreme Court ruling on Friday, citing the company’s refusal to cooperate with authorities. President Jair Bolsonaro, who has over 1 million followers on the platform and defends it as a major instrument for his re-election campaign in October, has been hit by the move. Telegram routinely refused requests from Brazilian authorities, including a police order to deactivate profiles and give information tied to writer Allan dos Santos, a Bolsonaro ally suspected of propagating lies, according to Justice Alexandre de Moraes’ verdict.

Telegram, unlike its competitors, has failed to name a legal agent in Brazil, according to the judge.

Since Telegram’s competitor WhatsApp revised its policies on message sharing, many of Bolsonaro’s fans have turned to it. De Moraes and Brazil’s top court have been accused by the president of making judgments that are anti-freedom of speech.

In October, De Moraes, who chairs an inquiry into falsehoods on Brazilian social media, issued an arrest order for dos Santos. However, the activist, who is now a fugitive in the United States, has remained active on Telegram.

“At every chance, the Telegram platform disobeyed legal instructions in utter disdain for the Brazilian judiciary,” de Moraes wrote in his verdict. Federal police made the request to shut down the app, he said.

De Moraes’ decisions, according to Dos Santos, are “based purely on his will.”

“He will have to stop or be stopped at some point,” the blogger told Jovem Pan, a radio and television station that transmits Bolsonaro’s live broadcasts every week. “These atrocities will not be tolerated by the Brazilian people,” says the author.

“The complete and total suspension of Telegram’s operations in Brazil will stay until the legal rulings previously issued are carried out,” the judge wrote in his ruling.

Apple, Google, and Brazilian phone carriers have five days to remove Telegram from their systems, according to De Moraes.

Since January 2021, Bolsonaro and his allies have encouraged followers to join Telegram, the same month that former US President Donald Trump, a hero of Bolsonaro’s, was permanently suspended from Twitter following the incident on Capitol Hill.

Bolsonaro was asked by supporters in January what he felt about the Telegram inquiry.

“What they’re attempting to do to Brazil is cowardice,” he responded.

In a statement, Pavel Durov, one of the messaging app’s founders, said Telegram “had an issue with emails going between our telegram.org business addresses and the Brazilian Supreme Court.” The Court decided to ban Telegram for being unresponsive as a result of this miscommunication.”

“I apologize to the Supreme Court of Brazil for our blunder. “We could have done a lot better,” Durov admitted. “In late February, we replied to a previous court judgment by suggesting that future takedown requests be sent to a designated email address. Unfortunately, our response must have been misplaced, because the Court attempted to contact us again using the previous general-purpose email account.”

On Friday evening, the service was still working.

De Moraes also notes Telegram’s failure to erase false information from the president’s page on the country’s electronic voting system in his judgment.

While Bolsonaro’s Telegram page has over a million subscribers, former President Luiz Inácio Lula da Silva, the leader in the presidential elections in October, only has 48,000.

Telegram’s protracted quiet during Bolsonaro’s unsubstantiated allegations that the election would be rigged unless printed receipts for votes are implemented has alarmed members of Brazil’s electoral body.

The latest request for Telegram’s cooperation came from Brazilian authorities on March 9, when the chairman of the electoral body wrote to Durov.

On December 16, his predecessor attempted to contact Telegram leaders as well. Durov was not found at the company’s headquarters in the United Arab Emirates, according to Brazil’s electoral body at the time.

On Twitter, Brazil’s justice minister, Anderson Torres, slammed the ruling, saying that the Bolsonaro administration will “immediately seek a way to re-establish the people’s right to use whatever social media they want.”

De Moraes was dubbed a “tyrant” by one of Bolsonaro’s closest allies, senator Carla Zambelli, over his choice.

Several followers of Brazilian President Jair Bolsonaro were providing tutorials on how to build virtual private networks (VPNs) so they could continue using Telegram, according to fact-checking website Aos Fatos, which monitors hundreds of pro-Bolsonaro social media channels. Bolsonaro pledged that they will continue to share their communications on Gettr, a texting service developed by former Trump aide Jason Miller.

Arnold Su of Asus India joins this week’s Orbital, the Gadgets 360 podcast to discuss how the PC manufacturer plans to expand its footprint in the nation. Orbital can be found on Spotify, Gaana, JioSaavn, Google Podcasts, Apple Podcasts, Amazon Music, and other podcasting platforms. 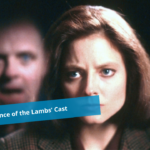 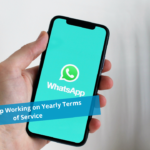 What is gimkit ? The Price of Gimkit and Many More Updates!

Gimkit is a digital quiz gaming platform that teachers and students can use to study. This is true for both in-class and at-home studies. Gimkit […]

Tinder’s popularity has been rising rapidly in recent years. It’s a popular app for singles looking to meet new people and start relationships. The proportion […]

Teenagers Can Now Get Their Own Debit Cards Through Cash App

Isn’t it true that “cash is king”? Boomer, it’s time. Teenagers now have a new option to participate in the growing trend of virtual payments. […]

Google Duo App: How To Use Google’s Voice and Video Calling App