Since the release of the iPhone X in 2017, Face ID iPhones have been characterized by a display notch. This notch has been replaced by a pill-shaped screen cutout that houses an improved TrueDepth camera system. Some people will be more pleased by the cutout alone than they were by the notch.

However, one of my favorite new features is the area around the cutout, which displays notifications and other background processes.

Apple refers to it as the “Dynamic Island,” and it expands and contracts in response to incoming calls, the current track, the time, and other alerts. Even if the name isn’t the greatest, this is easily one of my favorite improvements to the iPhone 14 Pro and 14 Pro Max.

There are also new security features including Crash Detection and Emergency SOS via Satellite, as well as improved cameras, a speedier processor, an always-on display, and iOS 16.

The new Pros are available in four colors: space black, gold, silver, and deep purple, which can appear either drab grey or Grimace purple depending on the lighting. The iPhone 14 Pro and 14 Pro Max are now available for preorder and will begin shipping on Friday, September 16.

The iPhone 14 Pro looks very similar to its predecessors. As indicated before, there is a hole in the screen. There is a little bit more heft to the protrusion housing the camera. In addition, the US versions, like the iPhone 14, use an eSIM rather than a SIM card slot.

However, the phone is defined by the oddly called Dynamic Island. The longer I used the 14 Pro, the more I came to enjoy it. It’s useful in many contexts since it doesn’t need you to divert your full focus from what you’re doing to see what’s going on around you.

There are ways to change the dynamic island. While music is playing, for instance, a miniature waveform and a tiny thumbnail of the album image will appear on either side of the cutout. If you tap on either side, Spotify will display the currently playing song.

While on a FaceTime call, you can access the call’s settings by tapping and holding the interface.

The TrueDepth cameras may be tapped anywhere, including on their lenses. When I used it, I didn’t observe any smudges build up on the front-facing camera, and Face ID worked fine.

The Dynamic Island divides in half like an inverted lowercase letter I if you have multiple tasks running in the background at the same time, such as listening to music and using a timer.

Apple’s Dynamic Island and iPhone 14 Pro are great examples of how to combine a strong tool with a pleasant user interface. Unfortunately, you can only use it with the iPhone 14 Pro and 14 Pro Max. An easy-to-use and entertaining addition like this would likely be well received even by iPhone users who don’t have the Pro model.

iPhone 14 Pro Has an Always-On Display iOS 16, the operating system for the iPhone 14 Pro, includes several improvements over previous versions. However, the 14 Pro and 14 Pro Max have an exclusive lock screen feature: an always-on display.

The always-on display is a power-efficient replacement for your locked screen that keeps crucial notifications and alerts visible at all times. While this capability has been standard on Android phones for quite some time, Apple’s implementation is arguably the most aesthetically pleasing.

The 14 Pro has an always-on screen that displays the time, date, widgets, notifications, and a darkened version of the wallpaper from the lock screen. The way your lock screen appears when your screen never turns off depends on its configuration.

I found it amusing to try out several permutations of wallpaper and widgets for use on the lock screen. When compared to Android phones, which normally only illuminate the clock and notifications in monochrome, Apple’s always-on display stands out most for its colorful backdrop.

It took me a while to get used to the idea of my iPhone 14 Pro resting on a table with its screen illuminated. My mind kept telling me that I hadn’t secured it. Simply tapping the screen or unlocking the phone will activate it.

The 14 Pro won’t power up if it’s lying face down, in a pocket, in a bag, or even close to another Apple device. In addition, you can disable it entirely using the settings menu. 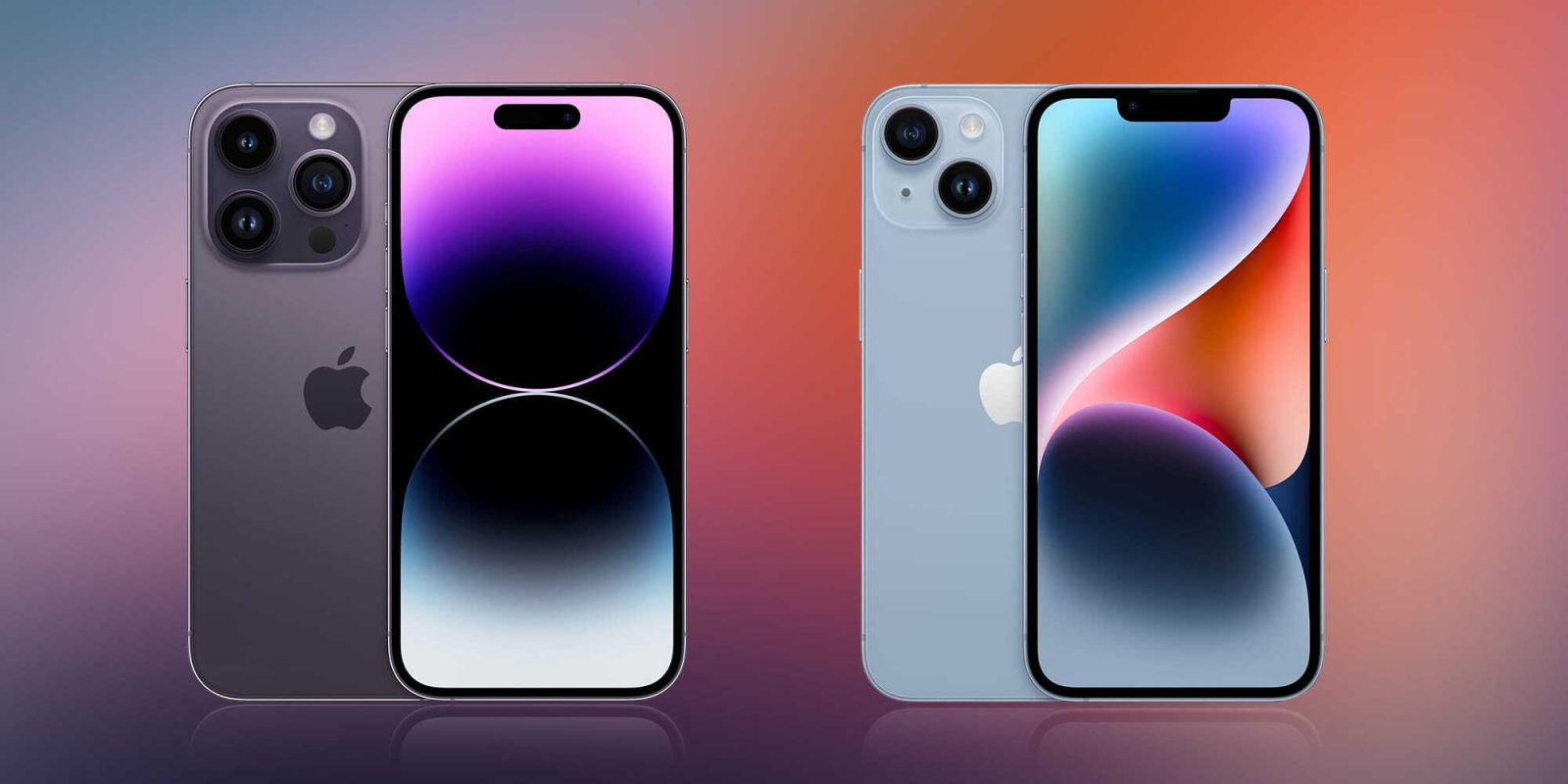 Oct 11, 2022
The always-on display can be annoying, and it would be nice if there was a method to make it look less intrusive by, perhaps, limiting its content to the time and date. In theory, you could use a dark background as your lock screen and customize it with only the time and date for a more discreet always-on screen.
The 14 Pro’s always-on display features a lot of visual elements, which I found distracting while the phone was face-up next to me.

Because of its always-on display, redesigned lock screen, and Dynamic Island, the iPhone 14 Pro is the most user-friendly iPhone yet when it comes to staying on top of notifications. Once iOS 16’s live activities for the lock screen are fully released, I expect that experience to improve much further.

(The live activities function shows app changes in real-time on the lock screen, allowing you to monitor the arrival of ridesharing or the progress of a game.)

The iPhone 14 Pro includes a triple camera setup on the back, including a main wide-angle shooter, an ultrawide shooter, and a telephoto shooter with 3x optical zoom. The main camera’s lens has a wider focal length, expanding from 26mm to 24mm in terms of the metric system. There isn’t a huge visual shift, but more of the setting may now be captured.

A new, bigger 48-megapixel sensor is installed in the primary camera as well. While more megapixels aren’t always better, Apple’s method of grouping pixels into larger units of four makes each pixel more effective. The end result is a 12-megapixel image that’s clearer, sharper, and has less noise.

The main camera’s picture quality and level of detail are exceptional for a mobile device. The most noticeable change is how much better colors and textures look in medium and low light. Have a look at the picture I snapped below on a foggy morning in San Francisco.

Take note of the subtle gradations in the brickwork and the way the 14 Pro captured the fog enveloping the peak of Salesforce Tower.

The below image was captured under the shadow of a palm tree. The 14 Pro did an excellent job of catching the various bark and leaf textures and of brightening the scene.

If you’re feeling particularly ambitious, you can take images with the phone’s ProRaw mode that are 48 megapixels in size. These are large files, so be aware of that. The image of the Bay Bridge at sunset, which you can see below, is a 48 MB file.

After being retouched, photos are stored as JPEGs, which are considerably more compact. Examine the automobiles and the wires holding up the bridge for the tiniest of details.

The ultrawide camera has been upgraded with a new sensor that has more focus pixels and a lens with a reduced aperture of f2.2. The sum of these factors results in far sharper ultrawide photographs.

By combining the sensor with Apple’s updated picture processing, the Photonic Engine, your photos will turn out a lot better even when the lighting is less than perfect.

The ultrawide camera’s still-image quality and video recording capabilities still lag behind the regular camera, but the updates are much appreciated.

Improvements are also made to macro photography. If you try to use the iPhone 14 Pro’s regular camera while standing too near your subject, it will automatically switch to the ultrawide camera and crop the image so that it looks just like it would with the regular camera.

This enables a sharper focus, which is particularly useful when photographing minute details. The 13 Pro from the previous year also had this capability, but the new ultrawide lens greatly improves the quality of macro shots, especially in moderate and dim lighting.

Although functionally identical to the telephoto camera on the 13 Pro, the 14 Pro’s Photonic Engine improves its image quality. Like the ultrawide, the quality of the images captured by the regular camera suffers in low light.

A new lens with a wider f1.9 aperture was added to the TrueDepth camera. The first-ever autofocus on a selfie camera means that even group selfies will turn out sharp. I used the iPhone 14 Pro and 14 Pro Max to take these additional images.

With the latest update, the cinematic recording option can capture in 4K at 24 frames per second. Action mode is a new picture stabilization mode for videos. Toggle it on before you film, and the phone will crop the image slightly so that the subject is in the middle and the horizon is straight.

Action mode reduces the resolution from 4K to 2.8K, however, the results are still quite high-quality if you’re shooting in 4K. The addition of this stabilizing option to the iPhone is great, even if other phones (like the Galaxy S22 Ultra) already have it. The three back-facing cameras are all compatible.

I was reminded of the superior image stabilization in ordinary video mode while comparing footage captured with and without Action mode. Clips I recorded with my iPhone 14 Pro and 14 Pro Max can be viewed in the video embedded below. 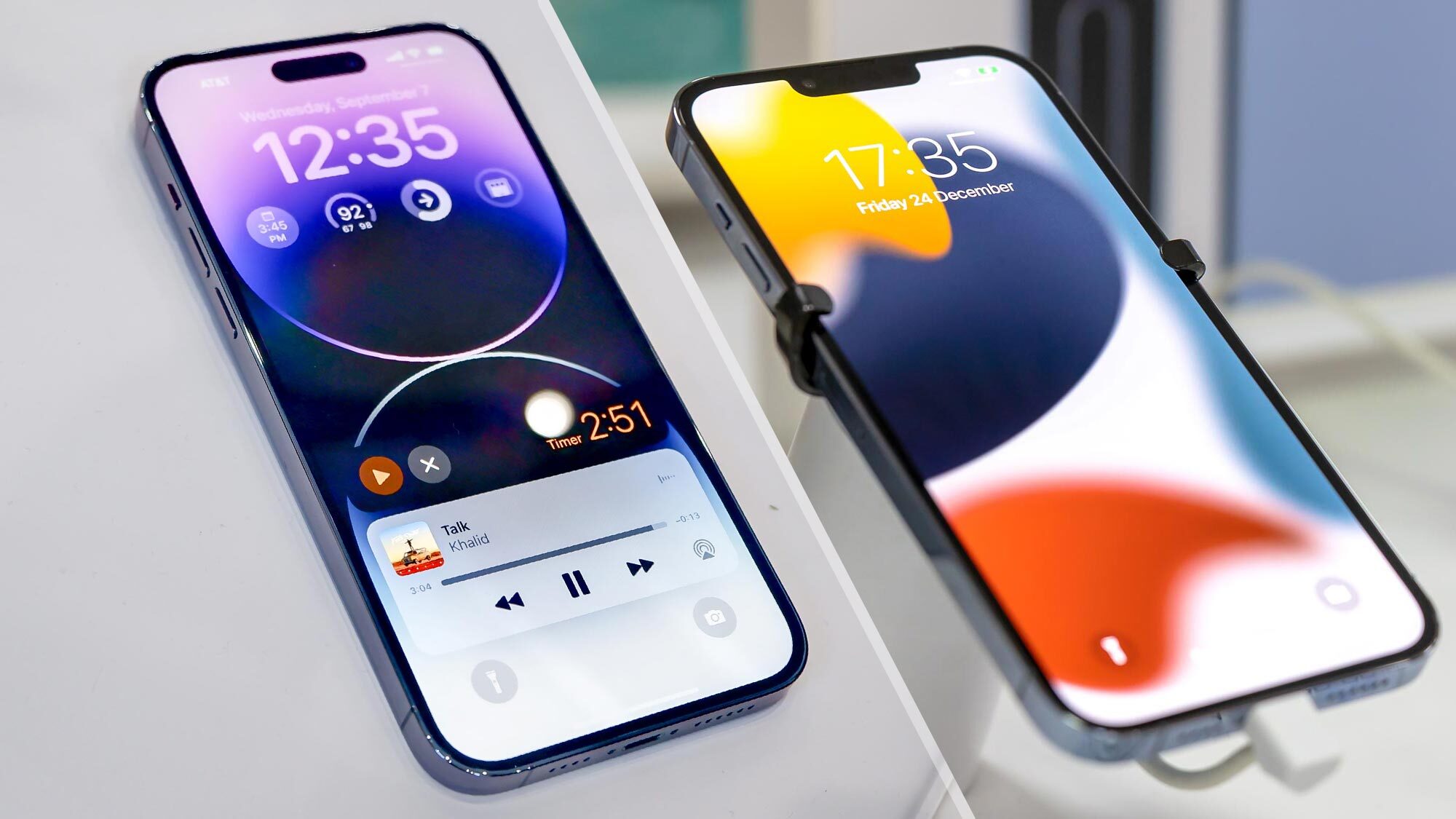 All of these enhancements are made possible by Apple’s latest A16 Bionic processor. Everything about using it is energizing. I really enjoy playing video games. Subtle aspects, such as the transition animations into and out of Dynamic Island, are also flawless.

The iPhone 14 Pro and 14 Pro Max blew away the competition in our benchmark testing, proving themselves to be the fastest phones currently available.

The battery on my standard 14 Pro lasted all day without any problems. Regularly, I was able to spend 6 hours in front of a computer. I averaged around a day and a half of use from a single charge on my 14 Pro Max.