All You Need to Know About Hogwarts Legacy’s Release Date, Gameplay, and Features

The new open-world role-playing game Hogwarts Legacy set a century before the Harry Potter years at Hogwarts School of Witchcraft and Wizardry, is planned to release towards the end of the year. The next game’s launch information was revealed during a PlayStation State of Play Livestream event on March 18.

Hogwarts Legacy will be released later this year on PC, PlayStation 4, PlayStation 5, Xbox One, and Xbox Series S/X, and is set a century before the events of J.K. Rowling’s Harry Potter series.

Avalanche Software provided gamers a first peek at what they can expect from Hogwarts Legacy during the PlayStation State of Play event on March 17 at 2 pm PT (3:30 am IST on March 18), including an introduction to the game and its numerous elements, from the plot to character creation.

Hogwarts Legacy was reported last year to accept transgender characters in the game. Players are introduced to a variety of gaming settings and abilities, including dungeons and the kitchens at Hogwarts, magical creatures, flying on a broomstick, and new characters like the wicked dwarf Ranrok, the powerful Professor Figg, and others.

The game’s character creation feature, as well as other aspects of the game that would affect gameplay, were demonstrated by the creators. Getting sorted into houses, learning new talents and upgrading them (Talent Points), manufacturing useful potions, and producing magical plants are all examples.

Gamers will get access to several classes at Hogwarts, where they will join as a fifth-year student. The game will also have Hogsmeade, a familiar village where players can buy ingredients, gear, and other items.

Learning abilities at Hogwarts will aid a player in investigating reports of a growing goblin insurrection that threatens the school’s safety. The game also features goblins and dark wizards, as well as evil creatures tainted by magic.

That was just a taste of #HogwartsLegacy — your full adventure in the Wizarding World is still to come. pic.twitter.com/Lw84hs1Pdx

The goblins are seen to have linked themselves with dark wizards, but the gameplay clip does not reveal much more. Meanwhile, other spells such as blasting curses, stunning spells, shield charms, and enchanted weaponry are shown in the teaser. To be effective, combat must be tailored to the weaknesses of various foes.

Gamers were also shown the controls that may be utilized in the game during the Livestream, which was recorded on a PlayStation 5. The trailer demonstrates the opportunity to befriend many individuals in the game, including students with their backstories and personalities.

Later this year, around the holiday season, the game will be released. The popular game was first revealed in September 2020, with a release date of 2021 set, but it was pushed back to 2022.

Hogwarts Legacy is unrelated to J.K. Rowling, the author of the eponymous Harry Potter series, who made multiple transphobic comments in 2020 that were widely condemned, notably by Harry Potter film stars Daniel Radcliffe and Emma Watson. 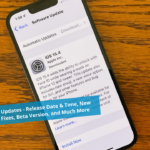 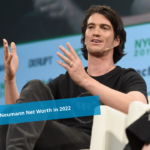 Next Article Adam Neumann Net Worth in 2022 – How Rich Is He After Leaving WeWork?

Disconnecting your entire Roku account from the device will effectively shut you out of Netflix if the device is yours (i.e., you set it up […]

Amazon Acquired Hollywood Studio MGM at a Cost of $8.5 Billion

In the last decade, MGM has gone through bankruptcy and had new owners, while its new releases have plummeted. Two days after European regulators ruled […]

What Is Pluto Free Tv? how To Installand Watch on Different Channels

In recent years, streaming television has grown in popularity. More services are becoming available to the general public as more people switch from traditional cable […]