In addition to a global reputation for making huge, powerful gaming desktops, Alienware also provides more portable PCs that can still get the job done for aficionados and ‘hardcore’ gamers. The Alienware m15 R6 is the most recent revision of Dell’s 15-inch gaming laptop, the Alienware m15.

The design is similar to that of the Dell Alienware m15 R5, but our version boosts the memory to 32GB, updates the processor to Intel’s 11th generation Core i7, and includes the potency of an Nvidia GeForce RTX 3080 at a surprisingly affordable price.

There’s no denying that it’s a high-end laptop with this feature set, but its value is among the finest we’ve seen among systems costing a little over $2,000. Even though the Alienware m15 R6’s new Tiger Lake processor is more energy-efficient than its Comet Lake predecessor’s, the R4 is the superior buy because Dell throttles the R6’s 3D performance (more on that below).

We’re happy to see that Dell’s Alienware gaming laptops have experienced a significant visual and design evolution over the past several years, as their previous iterations were unattractive and cumbersome. Some of the more ostentatious features have been phased out in favour of a more refined aesthetic that even diehard RGB-obsessed gamers can enjoy.

As with its predecessor, the Alienware m15 R5, the Dell Alienware m15 R6 occupies a middle ground. You won’t find any brightly coloured keys on the keyboard, and aside from the alien head power button and hexagonal heat vent, it looks like any other sleek ultraportable.

The large exhaust can only be seen from behind if the LED ring around the outside is on. It’s interesting that you can tweak the hue and brightness.

Using plastic for the most finely carved section will lower manufacturing costs, so you could say Alienware is cutting corners by doing so.

Our review model of the Dell Alienware m15 R6 (AWM15R6-7729BLK-PUS) boasts a QHD LCD screen, but it’s also available with a Full HD (1080p) resolution display, something a laptop this powerful deserves really.

We used to think ultra-high resolution gaming laptops were useless, but with an RTX 3080 in here, it’s actually rather potent. Eventually, we’d like to see Alienware’s top-tier gaming laptops begin with at least a 1440p display.

This is not your standard laptop display, even at 1080p. The refresh rate has been increased to 240 Hz from 165 Hz in earlier generations, and the display is capable of displaying vivid colours (a 360Hz refresh model is also available). This is quick enough to properly display frame rates so high that they must be incomprehensible to the human eye. 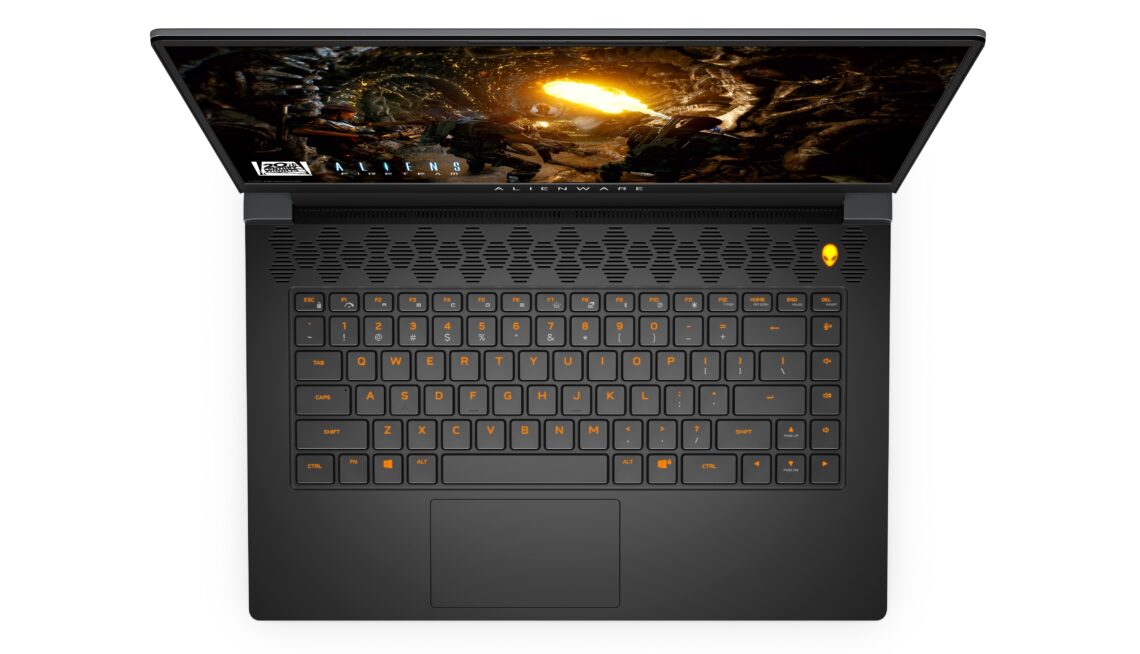 While we always search for top-notch performance in a gaming laptop, the Alienware M15 R6 takes a novel approach by luring us in with a plush keyboard. It provides a satisfyingly weighty actuation point and a satisfyingly deep key action.

The end result is a portable gaming machine with a keyboard that strikes the right balance between responsiveness and speed. When compared to its competitors, this gaming laptop has one of the most enjoyable keyboards we’ve used. However, the bowing effect we discussed previously isn’t noticeable during use unless you’re typing with a lot of anger.

Surprisingly, this laptop does not offer individual backlighting for each key. As an alternative, its keys are divided into four zones across the width of the instrument. This restricts the kind of “wow” effects that may be created, however, the Alienware Command Centre programme allows for animation in each zone and the use of any hue in the spectrum.

To put it simply, the Alienware M15 R6 is a badass gaming and productivity laptop, with more than enough raw power to handle today’s games at their maximum settings. But there’s one major caveat you should think about, and we’ll get to that in a second.

Here, we take a look at the laptop’s top-tier features. It has 32GB RAM, 1TB SSD, and an Intel Core i7-11800H processor. It has twice as much memory and storage space as most online midrange gaming laptops, but its performance is roughly the same.

The Nvidia RTX 3080 (8GB DDR6) is the big standout here, though. Thanks in part to the QHD display quality, many modern games will run smoothly even at top settings when ported to the mobile version. With all settings at ultra, The Witcher 3 achieves 101 frames per second.

Control can also be played with ray-tracing and other visual enhancements switched on without the requirement for DLSS’s performance boosts in order to achieve smooth gameplay. 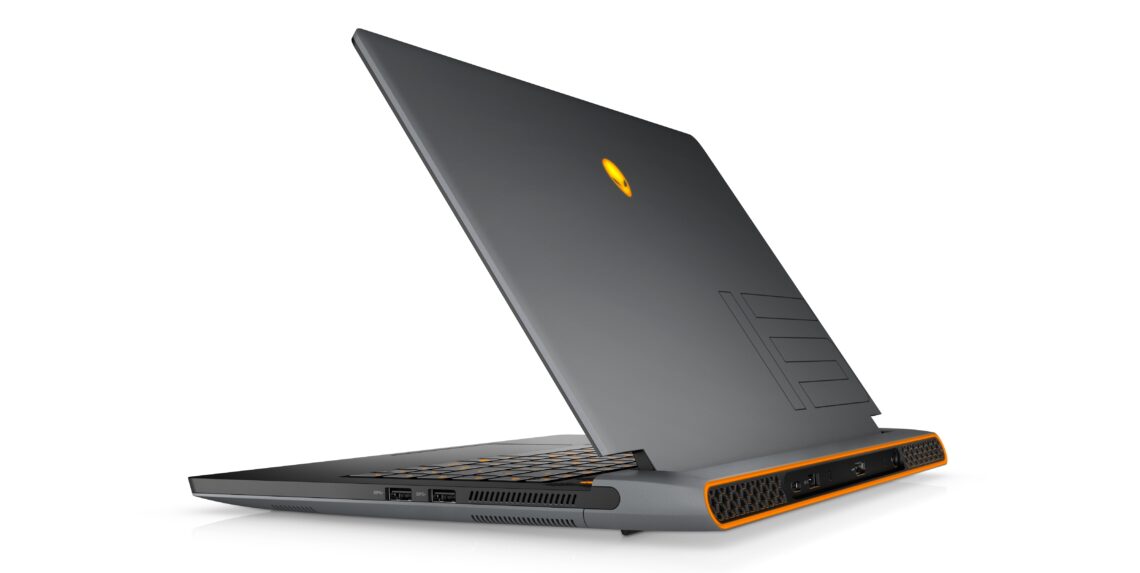 The laptop we’re evaluating, an Alienware M15 R6, has a relatively large battery, but you may find that it drains quickly if you don’t set the appropriate settings. Just viewing YouTube at medium brightness will see it drain from full battery to empty in just under 3 hours and 41 minutes.

However, setting the frame rate to 60Hz and utilising the Nvidia Control Panel tool to set the integrated graphics into the main processor as the primary GPU increases the battery issue, with the same streaming lasting over 7 hours and 9 minutes.

It appears that the Nvidia GPU was causing battery depletion, therefore crossing your fingers that these adjustments will be unnecessary.

Even while the Alienware M15 R6’s connectivity options aren’t top-notch, they should be sufficient to meet the needs of the vast majority of its intended users. One lone Ethernet port sits on the left side of the device, close to the headphone connector. On the flip side, there are two extra USB ports.

The Alienware M15 R6 has been updated with the Tiger Lake architecture, making it more efficient and less power-hungry overall, although this does not necessarily translate to increased performance. Although Alienware’s newest product has improved CPU speed, 3D performance has been capped because of a decrease in total graphics processing.

The Nvidia RTX 3080 graphics card in this laptop is a middle-of-the-road model, although the RTX 3080s in most of its competitors and siblings, such as the Alienware M15 R4, can guzzle more power when you crank up the fans.

And it lacks some of the finer points of more expensive devices from Razer and Lenovo. Also, you don’t get a particularly nice touchpad, you’ll need an extra gaming mouse.

All modern games will run smoothly on the Alienware M15 R6, and the keyboard is excellent, so don’t take that for granted. This keyboard is great for both work and play, but it would be even better if the base plate were more sturdy.