People watch reality TV for a variety of reasons, one of which is to be entertained. Reality television is a genre of television that seeks to portray how regular people act in everyday life or in scenarios that are frequently constructed by the show’s creators and are meant to mimic real life. To some level, the majority of society has a desire to learn more about what is going on around the globe.

There are many upcoming reality shows this year that you can stream in a high-quality display with Xfinity tv. With a channel line-up of more than 200 channels and thousands of on-demand shows, you can enjoy tons of spicy reality shows and enjoy the best streaming experience.

MasterChef has had its fair share of success stories in the past, illustrating that just because these chefs are not professionals doesn’t mean they can’t find success. The show normally runs for six weeks, with three episodes being broadcasted each week.

Master Chef has been renewed for a twelfth season, with award-winning chef Gordon Ramsay, renowned chef Aarón Sánchez, and famous restaurateur Joe Bastianich as judges.  The BBC hasn’t said when the new series will premiere, but it’ll most likely be in late February.

“The Voice” has been a staple of NBC’s spring programming for the past 11 years, premiering in February or March and running through May. This year, however, this will not be the case. “The Voice” will miss the spring season for the first time in its history as it refocuses on becoming more of an event series with only one cycle every year. While this can be a big disappointment for the fans, the production team assures us that there is much in store this year to compensate for the disappointment.  In any case, the coaches will begin forming their teams in the blind audition phase on Monday and Tuesday evenings, resulting in a two-night premiere.

Gordon Ramsay returns to FOX with Next Level Chef, a brand-new original format. Ramsay has created a one-of-a-kind culinary challenge for Next level Chef, which is the next generation in cooking competitions. The show is shot on a set built in Las Vegas on an amazing stage that you’ve never seen before. The winner of the competition will get a $250,000 cash prize as well as a year of mentoring from all three mentors. This is a spicy show for all culinary lovers.

When it comes to reality competition series, ABC’s “Shark Tank” goes above and beyond. The titular shark panel is presented with a succession of innovations by small-scale entrepreneurs searching for funding and a chance in each episode. The group of five investors then critiques or welcomes the proposals that have been presented to them. The entrepreneurs will sign a handshake deal with interested investors. The 13th episode of Season 13 of “Shark Tank” aired on January 28, 2022, and it was the last new episode to air. You should watch the show right now if you haven’t already.

The Great Chocolate Showdown sets home bakers against one other for $50,000, and according to the first episode, they must participate in two tasks every episode. They must demonstrate a specific talent taught to them by one of the judges in the first challenge.

In the second task, they must reconstruct a traditional recipe. The top three participants in the first challenge are given immunity and are not required to compete in the second.

The panel of judges includes chocolatier Steven Hodge, cake designer Cynthia Stroud, and pastry chef Anna Olson, among others. If you have a sweet tooth and haven’t seen the show yet, do so soon since it is a fantastic binge-watch for all the chocolate fans out there.

Beginning February 13, the all-new series My pack life, developed in collaboration with The Dodo, will be available exclusively on discovery+. In the series, we’ll meet Lee, who was an underdog as a kid, battling bullying, but who always regarded animals as a source of healing and empathy. Doesn’t it sound wonderful?

Join Lee Asher and his furry family as they go above and beyond to build a modern-day Noah’s Ark via their shelter, not only to give a haven for these creatures but also to provide them with the greatest life possible.

Teen Mom is an MTV original series that follows MTV’s ’16 and Pregnant.  The show follows Farah, Amber, and Maci as they navigate the trials of parenthood in their early years. Aside from the demands of motherhood, teens must contend with high school, employment, and relationships.

The caste is back this year with a family reunion on a spectacular vacation of all time, along with plenty of drama.  Amber, Maci, Cheyenne, Leah Messer, Jade Cline, and Ashley Jones will also appear in the series, which will reunite all of your favorite characters from Teen Mom OG and Teen Mom 2. According to MTV, there will be some unexpected guest appearances as well.

8.    Joe Millionaire: For Richer or For Poorer

“Joe Billionaire: For Richer or Poorer” is a fresh spin on the original “Joe Millionaire” dating series, which swept the globe by storm in 2003. It stars two wonderful single guys with one major difference: one is a millionaire, while the other is not. Eighteen women date both of them, oblivious to the fact that one of their possible love interests is rich. As love connections are created and each gentleman finds his ideal partner, women must decide whether love or money is more essential. You can watch the Joe Millionaire: For Richer or Poorer currently on Hulu Plus and fuboTV.

To sum it all up

Drama on public television is popular among the general audience. Reality shows are a terrific way to engage yourself by witnessing people’s real-life experiences and the drama that comes with them. For a pleasant streaming experience, we’ve included some of the top reality series to watch in 2022 above. 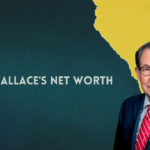 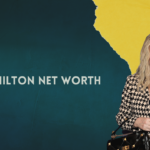 Next Article What Is Kathy Hilton’s Net Worth? Her Personal Life, Early Life, Career, and More Updates

There are many benefits of smart home tech, but it also comes with its own set of security concerns. Smart home tech is able to […]

How to Make a Financial Plan

Financial planning is an important part of everyone’s life. A basic financial plan will help you track your income and expenses, make informed decisions about […]