p>Yo Gotti, an American rapper, appears to be single at the moment. The Rake It Uphitmaker and Angela Simmons were recently seen out and about in Dubai at the same time, which sparked suspicions that the two were dating.

Is Yo Gotti, real name Mario Sentell Giden Mims, currently with shoe designer Angela Simmons? Continue reading to learn the answer to that question as well as other details about the couple.

Is Yo Gotti dating Angela Simmons?

After being pictured together in Dubai recently, the theSteppersrapper and Angela Simmons fueled the romance rumors. Fans believed they were getting close after the two of them posted videos of themselves riding across the Dubai desert.

The rapper and the shoe designer were both seen in an Instagram Story near Dubai’s beachfront, and soon after, fans started to believe Yo Gotti and Angela Simmons were dating.

The Shade Room soon published Simmons and Gotti’s Instagram stories on their page, which fueled even more rumors that the two were dating. The Dubai Waterfront may be seen in the pair’s Instagram Stories.

The fans then started discussing Gotti and Angela. Took him 20 years, this is a dream, a user on social media commented. He was obviously her final choice, but her sister responded, “Oh well,” in a tweet from another user. Afterward, another user wrote, Don’t give up, Kings; compose a song now about the shorty you desire! 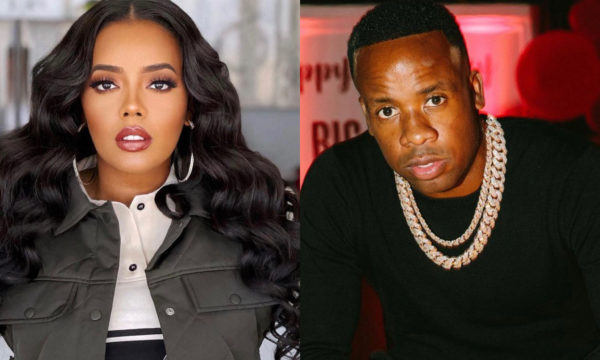 When did Yo Gotti and Angela Simmons spark dating rumors?

For those of you who don’t know, Yo Gotti and Angela Simmons fueled dating rumors in late September after the two of them were spotted hanging out at a bar to celebrate Simmons’ 35th birthday.

At the time, it was discovered that the 41-year-old rapper had a crush on Simmons when she was seen dancing to Gotti’s 2015 hit song Down in the DM during a video from Angela’s birthday celebration.

In a 2016 interview with Hot 97, Gotti revealed his relationship with Angela Simmons. He also revealed that he sends his woman crush flowers and outlined the perfect date with her.

The Put A Date On Itsinger then said to the news source: “We would probably do something different, guy, you know, we have to go to various places.” Most likely, take a brief break from her, or travel to my city.

Yo Gotti went on to say that sometimes it’s better for folks to come to you rather than you going to them. So that they may see what is actually happening, and both you and they can see what is happening to them every day. Read More: The Season 1 Finale of “House of the Dragon” Has Leaked Online; HBO Responds!

Do you think Angela Simmons and Yo Gotti should be a couple? Please share your opinions about the two of them in the section below. Keep checking back with us for the most recent information from the entertainment industry.

In an Open Criticism of Selena Gomez’s 2016 Am as Speech, Britney Spears