Ruben Studdard is a gospel, R&B, and pop singer who rose to prominence after winning American Idol’s second season. In December 2003, he was nominated for a Grammy Award in the category of Best Male R&B Vocal Performance for Superstar. Studdard was able to release five albums, including the platinum-selling Soulful and the top-selling gospel follow-up, I Need an Angel.
In 2010, he also performed a summer tour with second-place finisher Aiken Clay. This gentleman recently appeared on The Biggest Loser’s 15th season. Studdard is presently signed to Verve Records, and his new album Unconditional Love was released on February 4, 2014. One of his albums was certified Platinum and another was certified Gold. The Return, Love Is, and Letters from Birmingham are a few of his CDs. 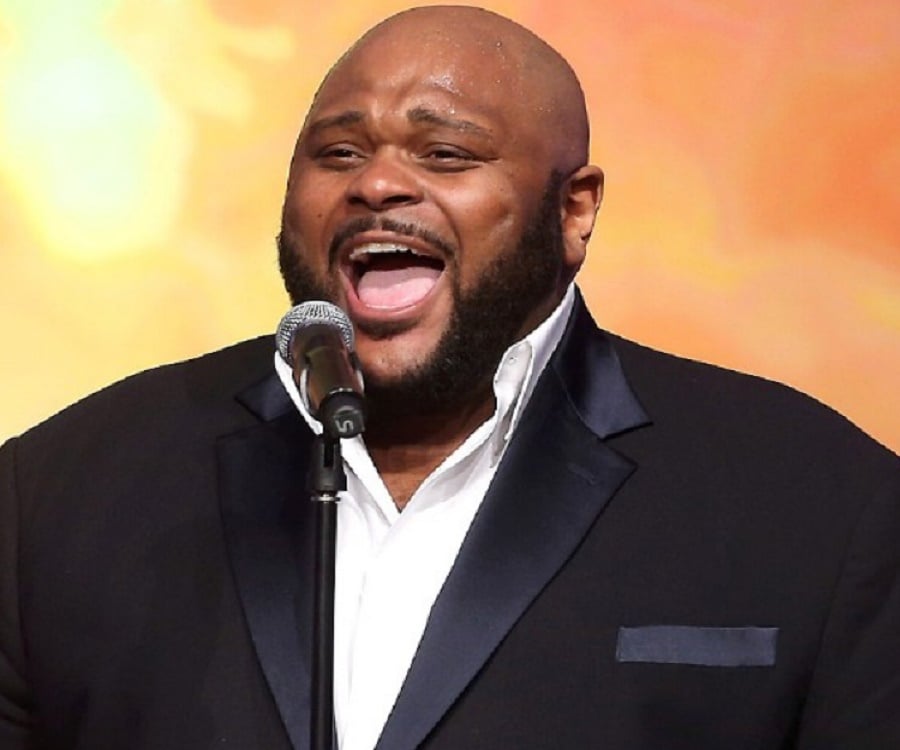 Christopher Theodore Ruben Studdard was born in Frankfurt, West Germany, on September 12, 1978, to American parents. His father served in the Army in Germany, and following his duty, the family relocated to Birmingham, Alabama, where both his parents worked as teachers. Ruben sung for the first time in the Rising Star Baptist Church in Birmingham when he was three years old. While his mother participated in the local chorus, he continued to sing gospel in church and perform solos as a child. He was inspired by his mother’s Donny Hathaway CDs.

Studdard attended Huffman High School and was awarded a football scholarship to Alabama A&M University. Studdard joined the Omicron Delta chapter of Phi Mu Alpha Sinfonia, a men’s music fraternity, while in university. He studied singing and sang with Just a Few Cats, a popular local jazz and R&B band. Meanwhile, he was recording demos when a band member’s backup singer invited Ruben to join her to Nashville for an audition for the second season of “American Idol” in 2003.

Studdard auditioned for American Idol and sang Stevie Wonder’s “Ribbon in the Sky.” As a result, he was selected as one of the local finalists. On “American Idol,” his performances of “Superstar” and “A Whole New World” captivated viewers, earning him the nickname “Velvet Teddy Bear.” Studdard was praised by music superstars Luther Vandross, Gladys Knight, and Lionel Richie while on the show. Studdard defeated Clay Aiken in the May 2003 finale by 134,000 votes out of 24,000,000 votes, becoming the second “American Idol” champion and the first male winner. Ruben Studdard Day was announced by Alabama Governor Bob Riley on March 11, 2003.

Read More: What is Russell Wilson ex wife Ashton Meem Net Worth? Is there any connection between Ashton Meem and Golden Tate?

Studdard recorded a cover of Westlife’s “Flying Without Wings” as his debut song as a result of his participation on American Idol. It did so well that it debuted at No. 2 on Billboard’s Hot 100. Before it was officially published, “Soulful” had already sold over a million copies.
It debuted at number one on the Billboard 200 album chart in December 2003. ‘Sorry 2004′ was a tremendous smash, reaching No. 9 on the Hot 100 and No. 2 on Billboard’s R&B singles chart.
Flying Without Wings and Change Me, both from 2004, are among his other hits. He did, however, go into theatrical and television work. In the comedy-drama Heaven I Need a Hug, he toured alongside Robin Givens. He played Fats Waller in a national tour revival of Ain’t Misbehavin’ in 2008, which received a Grammy nomination for the soundtrack.

“Superstar” received a Grammy nomination for “Best Male R&B Vocal Performance” in 2003. He shared the stage with Luther Vandross, his musical idol, as a finalist. In March of that year, Studdard received the NAACP’s Outstanding New Artist award.

The relationship status of Ruben Studdard 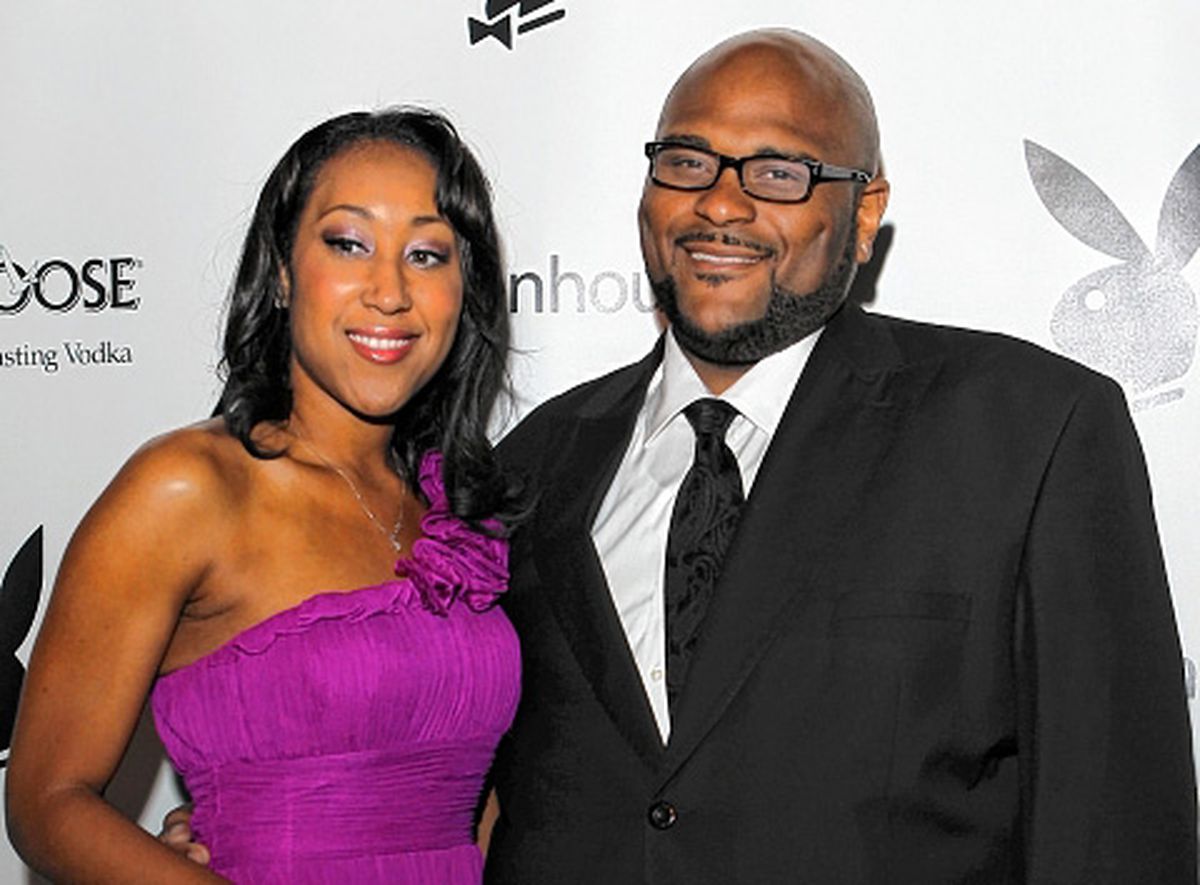 Ruben Studdard is a free man. He’s not in a relationship right now. Ruben had at least one previous relationship. On the 28th of June, 2008, he married Surata Zuri McCants. In 2012, the couple got divorced. He doesn’t have any children, according to our records.

Studdard has been nominated for numerous awards, including the Teen Choice Award, three Billboard Music Awards, and the One Image Award, after winning the second season of American Idol and winning a Grammy Award for Best Male R&B Vocal Performance for the song Superstar in 2003.

Ruben Studdard is a singer and actor from the United States who has a net worth of $4 million.

He made his riches by investing wisely in equities and real estate, as well as lucrative endorsement, deals with cosmetics firm CoverGirl. He also owns the “Fat Studdard Burger” chain of eateries in Washington, D.C., a football team (the “Frankfurt am Main Angels”), a vodka company (Pure Wonderstuddard – the US), and a juniors’ apparel line (Ruben Studdard Seduction) (With Love from Ruben). 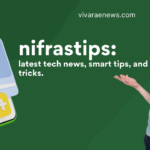 Previous Article What is nifrastips app? Get the latest tech news, smart tips, and tricks. Check Here for More Updates. 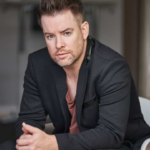 Next Article What is David Cook Net Worth ? His Career Journey, Personal Life and Many More Updates.