If you want to own a piece of movie history right now, this is a great chance for you.

In the film A Christmas Story, a renowned house makes an appearance. If you’re interested in purchasing it, you may now bid on it for sale in Cleveland.

“A Christmas Story” Fans Can Own The Fictional Boyhood Home

Fans of A Christmas Story have a fantastic opportunity to purchase Ralphie Parker’s fictional childhood house, which is currently up for sale along with a museum related to the classic film and an entire museum devoted to the characters in the movie.

This century-old building, which is located at 3159 W 11th Street in Cleveland, Ohio, has recently become a popular tourist destination. On the entire 1.3-acre complex, it is currently up for sale together with more than a dozen other structures. Originally Built In 1895, The Main House Is Still Standing Today

The property’s main residence was constructed in 1895. According to the Cleveland Historical website, which has been created by Cleveland State University’s Center for Public History + Digital Humanities, director Bob Clark, who came up with the idea of setting “A Christmas Story” in the mid-19th century, started looking for a suitable location and visited nearly two dozen cities in search of it.

Higbee’s in downtown Cleveland and the Victorian house on 11th Street were chosen as the best venues for 1983 after much deliberation. The façade and interior of the house, as well as several inside scenes, featured representations of Ralphie’s childhood home.

Why Fool the Americans with A Fake European Country Like…

New Instagram Stories From Yo Gotti and Angela Simmons Spark…

A fan and businessman named Brian Jones paid $150,000 for the house on eBay about 21 years after the movie’s debut, according to Cleveland Historical. The Red Rider Leg Lamp Company, his firm, provided the funding for his down payment.

Jones started giving public tours of the building, which had undergone major repairs to become a single-family home and a “near-perfect recreation of the movie set,” in November 2006.

The museum at 1103 Rowley Avenue, which showcases numerous authentic costumes, props, behind-the-scenes images from the movie, and other artefacts related to the film, is one of the assets included in the sale.

Additionally, the description claims that a 1939 Ford LaFrance firetruck, similar to the one seen in the movie, is stored in the home’s detached garage. A 4,000-square-foot souvenir shop and the Bumpus house, a made-up residence that belongs to Ralphie’s “hillbilly neighbours” and their odourous hound dogs, are also there. 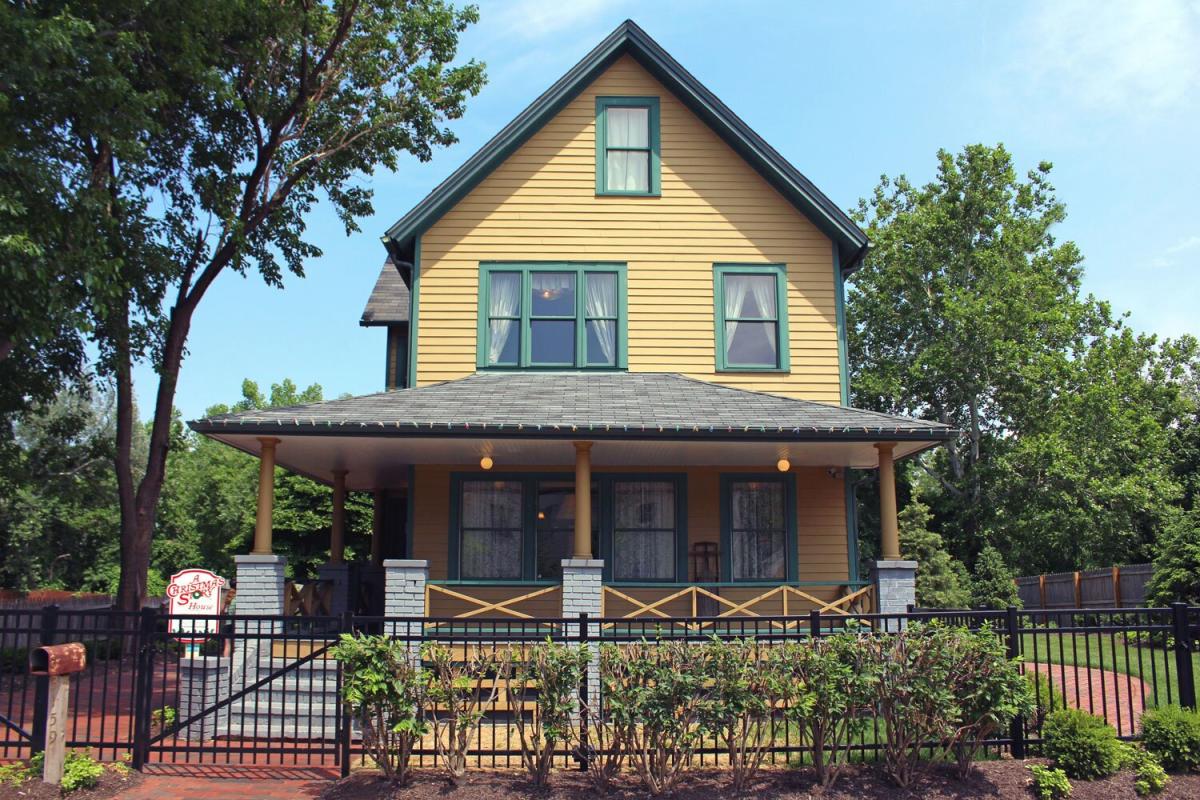 This deal includes five structures that sit on a total of seven pieces of land. There are four parking lots on the land, two of which are public, one private, and two of which are empty, leaving space for future development.

Jones and his family said that the campus’s sale at a fair price came at the “just-right” moment. Are you prepared to occupy and claim the property as your own? Please share your thoughts with us if you have any.

Why Fool the Americans with A Fake European Country…

New Instagram Stories From Yo Gotti and Angela Simmons…

The Peripheral: Let’s Take A Closer Look At The Release…