Cuba On January 2nd, 1968, Mark Gooding, Jr. was born in The Bronx, New York. His father was a performer in the group The Main Ingredient, and both of his parents were singers. The family went to Los Angeles after his father’s breakthrough with the smash tune “Everybody Plays the Fool.” Gooding was mostly reared by his mother after his father abandoned the household. At the age of thirteen, he was baptized as a Christian. Gooding went to four different high schools during his high school years.

What is Cuba Gooding, Jr.’s Net Worth?

Cuba Gooding Jr. rose to prominence as a professional breakdancer, appearing at the 1984 Summer Olympics closing ceremony. In the late 1980s, he focused on acting after studying martial arts for three years following high school. Hill Street Blues, Amen, and MacGyver were among his early television roles. During this time, he also gained attention for a cameo in Eddie Murphy’s Coming to America.

Boyz n the Hood, his breakout cinematic performance, was released in 1991. The film was a critical and economic triumph, with Gooding playing the major role. Boyz n the Hood was also later recognized as a culturally significant film, particularly in the context of African Americans living in disadvantaged areas.

Gooding went on to have supporting roles in films like A Few Good Men, Lightning Jack, and Outbreak during the rest of the 1990s, building on his previous success. When he landed a significant role in Jerry Maguire, his career took another big stride forward. He received an Oscar for Best Supporting Actor in the film with Tom Cruise.

With As Good As It Gets, Cuba Gooding Jr. brought the decade to a close. Gooding’s supporting part in the film was well-received by critics, and the film won two Academy Awards. Gooding’s career began to plummet towards the end of the 1990s, despite the fact that he had already accomplished more than most performers could ever imagine.

Gooding continued to feature in well-received films like Instinct and What Dreams May Come, but he also began to appear in films like Chill Factor, which garnered mixed reviews. This film, like many others after it, was a box office dud that was panned by reviewers. Every one of Gooding’s achievements, such as his role in Men of Honor, seemed to be accompanied by a gigantic failure, such as his participation in Boat Trip.

Pearl Harbor, Radio, The Fighting Temptations, and Rat Race are among Gooding’s most well-known films from this time period. These were important roles that grossed a lot of money at the box office. However, the majority of these films earned mixed to negative reviews, with some of them receiving extremely negative feedback. The attack on Pearl Harbor in particular drew a lot of ire. This demonstrates that even Gooding’s most “successful” films during this period are difficult to justify.

Related – What is Tom Hanks Net Worth? Latest Update on our Favorite American Actor’s Personal Life, Career, and More in 2022

Gooding also began working on animated and children’s films, such as Home on the Range and Snow Dogs. Despite the fact that Gooding was attempting to seem more “family-friendly” with these assignments, his career suffered as a result. Both commercially and critically, neither picture was a success. Snow Dogs, in particular, was panned. With Daddy Day Camp and Norbit, Gooding’s recent string of terrible reviews continues. Despite the fact that both films were financially successful, the damage to his career had already been done.

Cuba Gooding Jr. spent the next part of his career concentrating on independent films in response to the constant criticism he was receiving from critics. Shadowboxer and Gifted Hands: The Ben Carson Story were two of these films. Critics praised him for his performance in the latter film. He also starred in George Lucas’ Red Tails in 2012 and American Gangster in 2007. With The Butler in 2013, he resumed his theme of grim historical dramas, and he also had a small role in Machete Kills the same year.

Following The Trip to Bountiful on Broadway, Gooding starred in Selma, a historical drama in which he played prominent Civil Rights attorney Fred Gray. In the mini-series The Book of Negroes, he continued this theme. Gooding’s career was on the mend by the time he landed the role of OJ Simpson in American Crime Story: The People v. OJ Simpson. Despite poor reviews from many critics, Gooding was recognized with a Primetime Emmy for his efforts. Cuba Gooding Jr.’s first feature, Bayou Caviar, was released in 2018.

Highlights of the Compensation Package

For his Oscar-winning performance in Jerry Maguire, Cuba was paid $600,000. What Dreams May Come brought him $1.5 million, while Men of Honor brought him another $1.5 million. For Instinct, he made $2 million.

After an incident in Times Square in New York City in 2019, Cuba Gooding Jr. was charged with sexual abuse. At a bar, Gooding is said to have touched a woman. As a result of this, Gooding was arrested on many counts of sexual abuse. Gooding was eventually accused by 22 women of groping and unwanted sexual touching. Three of the allegations led to official charges being brought against him. With each case, the first pleaded not guilty.

Cuba pleaded guilty in April 2022 to one count of forcible contact in connection with an incident in a New York City nightclub in 2018. Gooding will continue to participate in the six-month alcohol and behavior treatment program that he started in 2019. He might be sentenced to a year in prison if he does not complete therapy or is arrested during this time.

Related – What is Todd Frazier Net Worth? All You Need to Know About His Career And Relationship in 2022

Cuba Gooding and his ex-wife Sara Kapfer married in 1994 after meeting in high school. Before Kapfer filed for legal separation from his wife in 2014, they had three children together. Their divorce was finalized after three years. 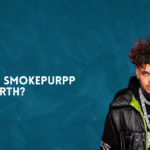 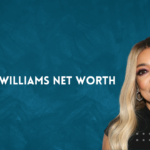 What Is Kapil Sharma Net Worth? A Real Time Update on Richer Life!

Indian actor, comedian, TV presenter, and producer Kapil Sharma is worth $35 million. Following the introduction of his reality show, The Kapil Sharma Show, the […]