Ashley Darby, star of the Real Housewives of Potomac, recently announced her divorce from Michael Darby.

On Tuesday, April 19, the Bravo actress gave The Daily Dish an exclusive comment about the news.

“When Michael and I said ‘I do’ about eight years ago, we planned on spending every day of our lives together after that. Unfortunately, that isn’t the case right now,” Ashely explained.

Net worth of Michael Darby

Michael Darby has a net worth of $20 million and is an Australian-American real estate magnate. Monument Realty in Washington, D.C. is led by Michael Darby, who is also the co-founder. Since its inception in 1998, the company has produced over 6.5 million square feet of property.

Columbia Center, Half Street, The Odyssey Condominium, and Franklin Square North are just a few of Darby’s notable projects. He was previously a vice president for Alkridge and has been active in the Washington region’s construction and development industry for a quarter-century.

He oversaw projects such as the Southern Railway Building and the Willard Hotel while at CarrAmerica. Darby’s career began in Australia, where he graduated from the University of Melbourne with a degree in Construction Engineering and Business Development.

He is a member of the DC Building Industry Association’s Board of Directors and has appeared on Bravo’s The Real Housewives of Potomac reality show.

The Prenup Agreement of Ashley Darby

As soon as the news of Ashley and Michael’s split became public, an old RHOP footage of the two discussing their prenup began to circulate.

Michael congratulates Ashley on agreeing to extend the prenuptial agreement without involving lawyers. Ashley then tells the camera that their initial prenup stipulated that if they divorced before three years, she would receive a “lumpsum amount,” but if they split after that, she would receive more.

She goes on to say that if the couple decides to divorce after three years, she will earn half of Michael’s total wealth.

“I don’t want Michael to believe I’m with him for his money,” the reality star told the camera.

Michael felt more comfortable pressing forward with the arrangement when the couple altered their prenuptial agreement to a five-year term instead of three.

Dean is three years old, and Dylan celebrated his first birthday in March 2022.

Ashley, who adores her two young sons, frequently posts family photos on Instagram, and her two sons certainly have their parents’ greatest characteristics. 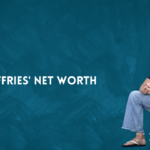 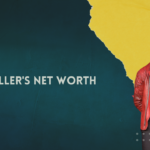 Next Article What is Ezra Miller’s Net Worth: Inside the Life of Fantastic Beast Actor, Career, and Controversies

Roger Goodell has spent his whole career on the sidelines of the National Football League, ensuring that everything runs well for his professional sports league. […]