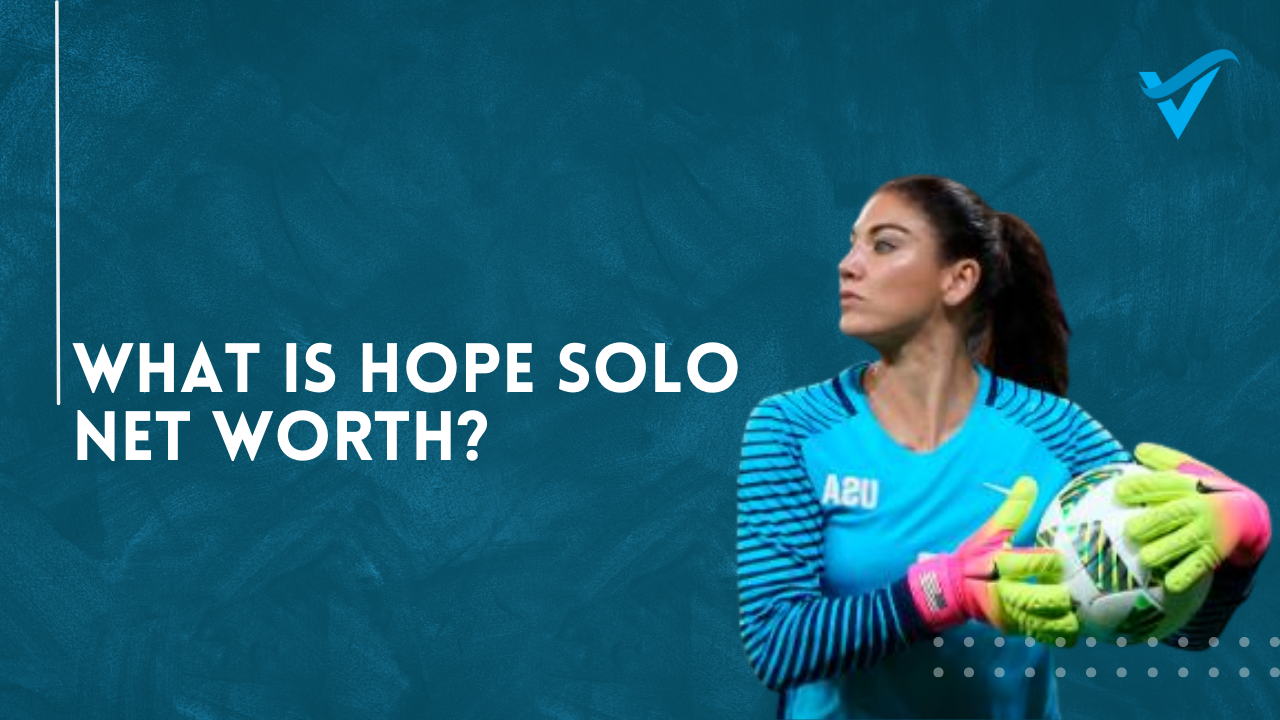 Hope Solo was born Hope Amelia Solo in Richland, Washington, on July 30, 1981. Judy and Jeffrey, Hope’s parents, split when she was six years old, and she has three siblings: brothers Marcus and Dave, as well as a half-sister Teresa. Solo’s father, a Vietnam War veteran, taught her how to play soccer when she was a toddler, and when she was seven years old, Jeffrey was imprisoned for kidnapping after taking Hope and Marcus to a Seattle hotel instead of a baseball game as promised.

Solo played soccer at Richland High School and was a forward on the squad. She scored 109 goals for Richland and helped the team win league titles in 1996, 1997, and 1998. Hope led her team to a state title during her senior year, and by the time she graduated, she had been selected a “Parade” All-American twice. She was also a member of the Three Rivers Soccer Club at the time.

Solo got accepted to the University of Washington in 1999 after being solicited by a number of universities. She majored in speech communications and played goalie for the Washington Huskies, the school’s soccer team.

Related – What is Mads Mikkelsen Net Worth? Real-Time Update on his Career, Awards, and Personal Experiences in 2022

Hope became the best goalie in Pac-12 Conference history in her new role, and when she graduated in 2002, she was the team’s all-time leader in saves, shutouts, and goals-against average. All four years of college, she was an All-Pac-10 pick, and in 2000, 2001, and 2002, she was awarded an NSCAA All-American. Solo was the first goalkeeper and Washingtonian to be selected Pac-10 Player of the Year as a sophomore, and her senior year saw her nominated for the Hermann Trophy.

Hope Solo is a $3 million net worth former professional soccer player and publicist from the United States. Solo was the goalkeeper for the United States National Soccer team from 2000 until 2016. Female athletes’ pay, of course, is significantly lower than those of male athletes. Hope’s net worth is largely obtained from endorsement partnerships with firms such as Nike, Gatorade, Simple Skincare, and Bank of America, which she has received individually (as well as through Team USA endorsements).

This is particularly true following the victory of Team USA’s female soccer team at the 2011 FIFA Women’s World Cup. Solo holds two Olympic gold medals, one each for the United States in 2008 Beijing and 2012 London, and as of 2016, she held the US goalkeeper records for wins (153), shutouts (102), longest undefeated streak (55 games), and consecutive minutes played (1,256), to mention a few. Hope finished fourth on “Dancing with the Stars” in 2011, and her autobiography “Solo: A Memoir of Hope” was published in 2012.

Hope was drafted fourth overall in the 2003 WUSA Draft and joined the Philadelphia Charge following college. During her maiden season, she appeared in eight games, and the WUSA disbanded following the 2003 season. Solo moved to Göteborg, Sweden, in early 2004 and began playing for Kopparbergs/Göteborg FC in the Swedish Premier Division. The next year, she joined Olympique Lyonnais of the French First Division.

Hope returned to the United States in 2009 and played for the Saint Louis Athletica, where she was crowned WPS Goalkeeper of the Year and U.S. Soccer Female Athlete of the Year during her stint with the team. She joined the Atlanta Beat after the Saint Louis Athletica disbanded, and she had surgery on her right shoulder at the end of her first season with the team. Solo signed with magicJack (previously the Washington Freedom) in 2011, but the team lost its franchise in October and the World Professional Soccer (WPS) halted operations a few months later due to financial and legal issues.

Hope then joined the Seattle Sounders Women before being assigned to the Seattle Reign FC for the inaugural season of the National Women’s Soccer League in January 2013. Due to wrist surgery, she missed half of the season and relocated to Manchester City W.F.C. in England in October of that year. In 2014, Solo rejoined the Seattle Reign, and she was named to the Second XI team at the end of the season. She was a member of the Swedish national team in the 2016 Rio Olympics, however, she was suspended and her contract with the national team was canceled when she remarked that Sweden’s players “performed like cowards.”

Hope was a member of the United States’ junior national soccer teams before joining the senior national squad in 2000. She was an alternate for the national team at the 2004 Summer Olympics in Athens, but in 2005 she became the squad’s permanent goalie.

Hope had surgery on her left wrist in 2013 and was unable to play for three months, but in 2015, she helped the United States win the FIFA Women’s World Cup and was awarded the Golden Glove trophy.

Hope married Jerramy Stevens, a former football player, on November 13, 2012, after two months of dating. Stevens was detained on suspicion of assault the day before the wedding after Solo was hurt during an incident, but he was released the next day due to a lack of evidence. On March 4, 2020, Hope and Jerramy welcomed twins Lozen and Vittorio, and later that year, Conan, one of the couple’s five Doberman Pinschers, died after being shot.

Solo expressed her grief on the death of her pet canine, saying, “Conan was a lovely and caring person. When he was shot, he had walked 30 yards away from our property. As animal lovers, we find it difficult to understand why someone would use their right to bear arms to shoot pets of any type.”

In 2014, Solo was one of the celebrities whose nude images were exposed on the internet after many iCloud accounts were hacked, and in June of that year, she was arrested for reportedly assaulting her half-sister and nephew, and she was charged with assault in the fourth degree. The accusations were dropped in January 2015, restored in October 2015, and then dropped once more in May 2018.

Hope is committed to philanthropy, working as a representative of the Women’s Sports Foundation and helping organizations like the Boys & Girls Club and Street Soccer USA. She ran the Chicago Marathon in 2011 as part of Bank of America’s “Let’s Run Together” humanitarian program, which resulted in a $5,000 donation to the Seattle Humane Society in her honor.

Hope Solo, a former goalie for the United States Women’s National Team, was arrested on DWI and child abuse allegations.

Hope Solo, a former standout goalie for the United States women’s national team, was detained after she was discovered passed out behind the wheel of a vehicle in North Carolina with her 2-year-old twins inside, according to authorities.

Solo was arrested on Thursday at a Winston-Salem shopping center parking lot and charged with driving while intoxicated, resisting a public officer, and misdemeanor child abuse, according to a police report. According to the article, she was freed from custody and given a court date of June 28.

A passerby spotted Solo passed out behind the wheel for more than an hour with the vehicle’s engine running and the two children in the backseat, according to an arrest warrant. A responding officer detected the odor of alcohol, and according to the warrant, Solo rejected a field sobriety test and instead had her blood drawn.

Rich Nichols, a Texas-based attorney who defends Solo, issued a statement on Friday but declined to answer specific questions about the charges, stating that his client would not react as well.

“Hope can’t speak about the case because of counsel’s advice, but she wants everyone to know that her children are her life, that she was released right away and is now at home with her family, that the story is more sympathetic than the initial charges suggest, and that she is looking forward to her chance to defend these charges,” Nichols said.

Following the 2016 Olympics in Brazil, Solo was dropped from the national team after labeling the Swedish squad “Cowards” for taking a defensive position against the defending gold medalists, bringing an end to an illustrious playing career marked by controversy.

Related – What is Gianni Infantino Net Worth? How Rich is The FIFA Topman in 2022?

In early 2015, she and her husband Jerramy Stevens were pulled over in a US Soccer-owned van, and Stevens was charged with DUI. She was also benched after publicly challenging coach Greg Ryan’s decision to start Briana Scurry against Brazil during the 2007 World Cup, which many interpreted as a dig at Scurry.

In 2014, Solo was also involved in an incident with family members, which resulted in his arrest, though the charges were later dismissed.

Solo made 202 appearances for his country, winning 153 games and setting an international record with 102 shutouts. With the squad, she earned a World Cup title and two Olympic gold medals.

She conceded just three goals in seven games throughout the 2015 World Cup championship run, including five shutouts. In January, she was inducted into the United States Soccer Hall of Fame. The date for the induction ceremony has been fixed for May 21. 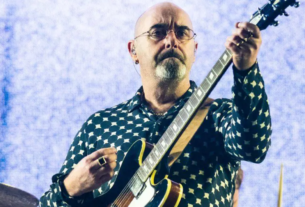 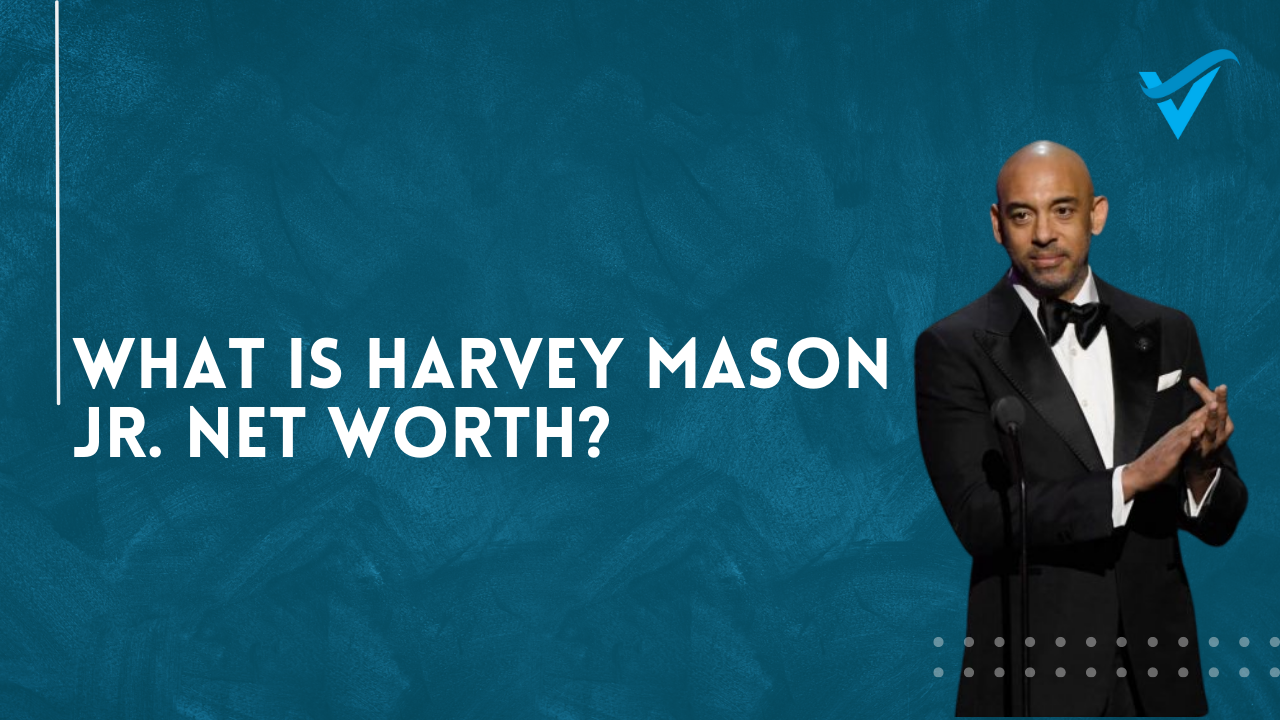 What is Harvey Mason Jr. Net Worth? Let’s Find Out How Rich is the American Song Producer in 2022 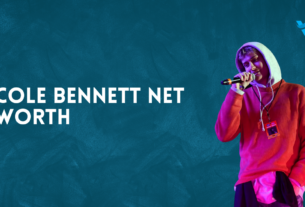