Film and television actor Eric Braeden (born Hans-Jörg Gudegast; April 3, 1941 is best known for his roles as Victor Newman on the CBS soap opera The Young and the Restless, Hans Dietrich in the 1960s TV series The Rat Patrol, Dr. Charles Forbin in Colossus: The Forbin Project, and John Jacob Astor IV in 1997’s Titanic. He was honored with the Daytime Emmy Award for Lead Actor in a Drama Series for his performance as Victor Newman in 1998.

Known for his role as Victor Newman on “The Young and the Restless,” German-American actor Eric Braeden has also appeared in a number of other films and television shows. Eric Braeden’s wealth is estimated at $25 million. Hans-Jörg Gudegast, who would later be known as Eric Braeden, was born on April 3, 1941, in Bredenbek, Germany (where his father served as mayor). In 1959, he left his home country and settled in America. Braeden studied at The University of Montana in Missoula, in the United States.

Braeden’s most well-known roles are as Hans Dietrich in “The Rat Patrol” (a 1960s TV series) and John Jacob Astor IV in “Titanic” (a 1997 blockbuster). To honor his performance as Victor Newman, Braeden was honored with a Daytime Emmy for Lead Actor in a Drama Series in 1998. His first film role was as a lead in “Colossus: The Forbin Project” in 1970, where he debuted his stage name of Eric Braeden after being told by Universal Picture’s Lew Wasserman that no one with a German name would be cast in an American film. Hans-Jörg Gudegast, who would become Braeden, was born in Bredenbek, Germany (near Kiel)[1]; his father served as mayor of this small city in northern Germany. When Braeden’s autobiography, I’ll Be Damned, was released by Harper Collins in 2017 he told the world that he had survived the MV Wilhelm Gustloff disaster.

The MV Wilhelm Gustloff was a German armed military transport ship that was sunk on January 30, 1945, by Soviet submarine S-13, in the Baltic Sea, while evacuating German civilian and military refugees. An estimated 9,400 lives were lost. When that ship sank, it was the single worst maritime disaster in terms of casualties. In 1959 he left his native country for the United States, where he studied at the University of Montana in Missoula.

Within his first two decades in the United States, Braeden amassed an impressive list of television and film credits, including 120 guest starring appearances. Hans Gudegast, his given name, was used for all of his early credits.

In the 1960s, he was a regular on TV’s longest-running World War II drama, Combat! (1962–1967), in which he consistently played a German soldier. Aside from his role as T.H.R.U.S.H. agent Mr. Oakes in season two, episode five of The Man from U.N.C.L.E., he also appeared in the 1965 film Morituri, which starred Marlon Brando and Yul Brynner.

Under his real name, Hans-Jörg Gudegast, Braeden won the 1958 German National Team Track and Field Championship (discus, shot-put, and javelin with the Rendsburger TSV). Eventually, Braeden helped the Jewish American soccer club Maccabi Los Angeles win the 1973 National Challenge Cup by scoring the game-winning goal in the semifinals and the game-winning penalty kick in the finals against the Chicago Croatians. 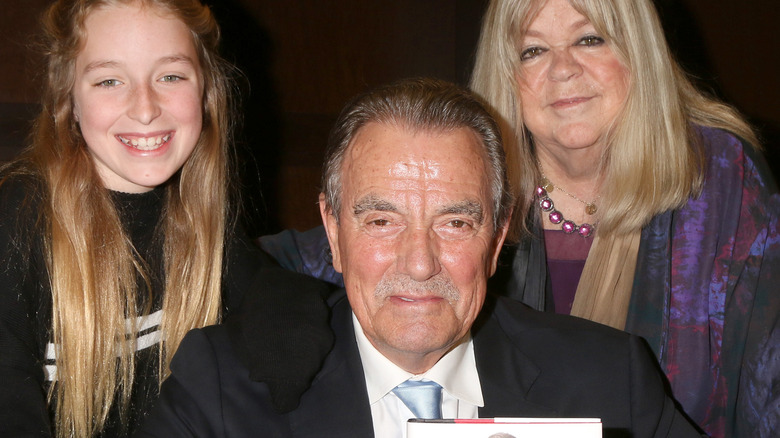 He was a regular at the Los Angeles boxing gyms on Hoover Street and Broadway in the 1970s and 1980s. He has played tennis professionally and has shown up at numerous red carpet events for famous people.

In 1966, he tied the knot with his sweetheart from college, Dale Russell. His son Christian is a director; he made the Gerard Butler movie Den of Thieves.

The 1998 Daytime Emmy for Lead Actor is just one of many awards Braeden has received throughout his soap opera career. He has amassed a sizeable fortune as well. Braeden’s net worth is estimated to be $25 million, as reported by Celebrity Net Worth.