Anna Shay became famous after appearing on the Netflix reality show Bling Empire. She is the richest member of the cast, having inherited her fortune from her father. Anna is the heiress of Pacific Architects and Engineers, a government services firm (PAE). Anna Shay’s estimated net worth is $600 million as of 2022. Anna was born on December 31, 1960, in Tokyo, Japan. Allen, her brother, is of American, Russian, and Japanese descent. Her late father, Edward Oizumi, founded Pacific Architects and Engineers, while her mother, Ai Oizumi, worked as an aristocrat.

Edward started his building enterprise in 1955. After WWII, he supported the US administration in rebuilding Asia, particularly Japan. They also sold military and weaponry technology.

Anna grew up in Tokyo till she was eight years old. Her family made the decision to relocate to Los Angeles, California at that time. She was able to continue her education at The University of California there.

Edward Shay died in 1995. In 1974, he sold a 40% ownership in his company. He later purchased the shares 14 years later. Anna and Allen acquired his riches after he died.

The Shay siblings sold their PAE stock for $1.2 billion in cash in 2006. Allen rose through the ranks of management. Anna, on the other hand, spent most of her money on charitable causes. Her father forbade her from working, but she did a great deal of voluntary work.

Anna was a member of the George Lopez Foundation’s board of directors, which promotes kidney disease awareness and organ donation. She also assisted her parents with their Shay Family Foundation.

Anna Shay had little online presence and kept a quiet profile before becoming a reality television star. She had no intention of being a part of Netflix’s Bling Empire’s on-camera ensemble initially.

She merely wanted to help Jeff Jenkins, the well-known reality TV producer. But Jeff had different ideas. He convinced Anna to go on camera.

The cast of Bling Empire is described as “real-life crazy rich Asians.” Shay’s background matches the bill wonderfully. Along with Kevin Kreider, she even became a key character in the show. Season two is set to premiere on May 13, 2022, and she is likely to return.

Who is Anna Shay’s Spouse? Anna claims she has been married four times and divorced each time. She maintains that all of her marriages ended amicably. There is no evidence that Anna is going through a difficult divorce. Anna’s four husbands’ identities are unknown.

The cast of Bling Empire is full of Asian millionaires, with Anna Shay being the richest. She claimed after season one that she had no idea what to do with her earnings from the show.

She hasn’t yet divulged her Netflix show’s profits per episode. Nonetheless, it’s estimated to be a fraction of the $1.2 billion in shares she sold with her brother. Her net worth is now $600 million. 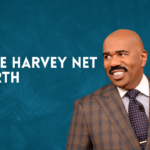 Previous Article What is Steve Harvey Net Worth? How Rich Is This Person In 2022! 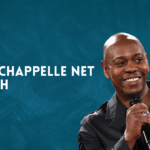 Next Article What is Dave Chappelle Net Worth? How Rich Is This Person In 2022!

What is Shakira Net Worth? : How Much Has This Person Made In 2022!

Shakira has a net worth of $300 million. Shakira was born Shakira Isabel Mebarak Ripoll in Barranquilla, Colombia, to a Lebanese father and a Colombian […]