Thanks to the EU’s New Proposal, Your Next iPhone Could have a USB-C Port.

With micro USB ports dwindling in popularity among mainstream consumer electronics, USB-C and Apple’s Lightning port are the two most common charging ports in smartphones today. While Apple has switched to USB-C for its iPads, the Cupertino company still uses the outdated Lightning connection for iPhones. The European Union is proposing a single charger for electronic devices, thus this could change in the future.

The EU proposes USB-C as a standard charger for electronic devices.

The EU’s proposal seeks to establish USB-C as the gold standard for electronic devices, as a significant step against e-waste and customer discomfort. All cellphones (including the Apple iPhone), tablets, cameras, headphones, portable speakers, and handheld videogame consoles fall under this category.

If this idea is approved, Apple is likely to be the company that suffers the most. It will also be fascinating to observe if, as a result of the EU’s insistence, Apple finally switches to a USB-C connector on the iPhone. Apple might utilize this as a workaround by selling iPhones with USB-C in Europe while keeping the Lightning port in the rest of the world. Even for a trillion-dollar corporation like Apple, though, that will almost certainly be an expensive endeavor.

Apple, on the other hand, has long been reported to be working on portless iPhones, and this new rule may be the perfect opportunity for Apple to eliminate the charging port from its smartphone lineup. Because these ideas are applicable to wired chargers, Apple may prioritize building portless iPhones in the near future.

The Cupertino behemoth, as one might anticipate, is opposed to the EU’s proposal to include a USB-C port on iPhones and has issued an official statement to that effect. “We continue to be concerned that tight regulation mandating only one type of connector stifles rather than encourages innovation, harming consumers in Europe and around the world,” Apple writes.

It’s vital to remember that this is all just a suggestion for now. The European Parliament and the Council must both approve the proposal for it to become law. However, the speed with which the proposal has been moving through the commission suggests that it will be adopted and put into force very shortly. Furthermore, from the date of adoption, tech companies will have 24 months (2 years) to make a smooth transition.

Other highlights of the proposal include standardized fast charging technology, unbundling chargers from the box (a step that will please Apple and Samsung, as well as Google in the near future), and giving customers important information regarding charging speed. According to the EU, these measures will help minimize the number of new chargers purchased, potentially saving €250 million every year. 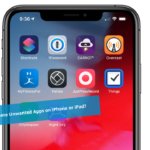 Samsung Galaxy S21 Ultra vs Galaxy S22 Ultra: Is it Worth the Upgrade?

Samsung revealed the Galaxy S22 series at its virtual Unpacked event today, putting an end to the deluge of rumors and suspicions. While Samsung unveiled […]

Rumors have been circulating as Apple prepares to debut the much-anticipated iPhone 14 series later this year. The iPhone 14 Pro and 14 Pro Max, […]