After meeting online, a divorced couple decides to go on a blind date together. They decide to set each other up with their pals after an unpleasant reunion, but old habits die hard.

In the world of blind dating – It’s a must have

Both a contractor (William Baldwin – Lead with Your Heart) and a bakery owner (Stefanie von Pfetten – Seeds of Destruction) find themselves chatting online and getting along quite well. What neither of them realizes is that they were married when they were younger, but the relationship didn’t work out.

They decide to meet up on a blind date after being nagged by their friends to meet someone, which of course comes as a shock when they realize what has happened, resulting in an awkward supper. It also leads to them attempting to set each other up with friends, just to discover that they still have feelings for each other.

Hallmark makes grown-up romantic comedies; it’s something I’ve observed more and more in the last year or so, not just with movies with older casts but also with a focus on charm rather than the usual cutesy and cheap chuckles.

While the entire narrative of ex-lovers discovering they still have feelings for each other as they try to set each other up on dates could have worked as a throwaway rom-com, it instead tries to be smoother and far more pleasant. To be honest, it succeeds because of the easygoing, laid-back tone, which permits the comedy in “While You Were Dating” to be kinder and warmer instead of cheesy.

Now I have to admit that William Baldwin and Stefanie von Pfetten’s casting is a big part of why “While You Were Dating” succeeds because they give their characters the right amount of age. As a result, when it comes to Nick, you can see how he had behaviors that would have irritated Julia when he was younger, but you can also see how he has matured with time.

It’s the same with von Pfetten, whose character was undoubtedly demanding when she was younger but has since mellowed with age. That is why “While You Were Dating” works because you can understand how these characters feel about each other and how they have evolved while they have been away, despite the fact that you have never seen them when they were younger.

What this all boils down to is that “While You Were Dating” is one of those Hallmark movies that doesn’t so much defy expectations as it does demonstrate that they can give more than rom-com charm. Much of this is due to the film’s more cheerful tone, as well as William Baldwin and Stefanie von Pfetten’s outstanding performances as their respective characters.

Cast of While You Were Dating

While You Were Dating

While You Were Dating Reviews (Popular/Recent) 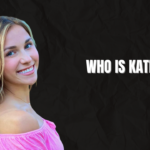 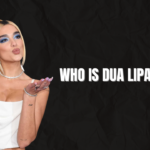 From the comeback of Kids in the Hall last week to the violent thriller The Wilds, which just released its second season, Amazon Prime Video […]

Maddow’s popularity is rising. Since the premiere of her eponymous nightly show in 2008, she has averaged nearly 1 million viewers every night. “”I’m not […]

Yuki Tabata’s adventure, fiction, and fantasy novel Black Clover are written and illustrated by him. The anime was made by Studio Perriot and each episode […]