Ryan Gosling keeps showcasing his acting flexibility! The handsome man, who is also a skilled actor, recently made an appearance in a new outfit for his upcoming movie, appearing virtually unrecognizable.

Gosling was spotted sporting an ’80s-inspired style for his upcoming movie, The Fall Guy, which is currently being filmed in Sydney, Australia. Read on to view the actor’s most recent appearance and learn more about his forthcoming movie.

Gosling was spotted on Thursday with long hair and a beard while filming his newest movie. With a white shirt tucked into black jeans and a red blazer, the actor rocked the outfit. His outfit was complemented by a backward baseball cap, and the actor was occasionally spotted jumping in the air while donning black sunglasses.

The shooting location was on top of a five-story parking garage. On social media, fans have also begun to discuss Ryan Gosling’s new appearance. Some find the outfit funny, with one tweeting, “Check on Ryan Gosling, PLEASE,” and another writing, “RYAN GOSLING I CAN’T STOP LAUGHING RIGHT NOW.”

Another admirer tweeted, Any time set images of Ryan Gosling to drop I either laugh my ass off for 3 hours straight or get h word there’s no in-between, while another added, Ryan Gosling just made my whole day. 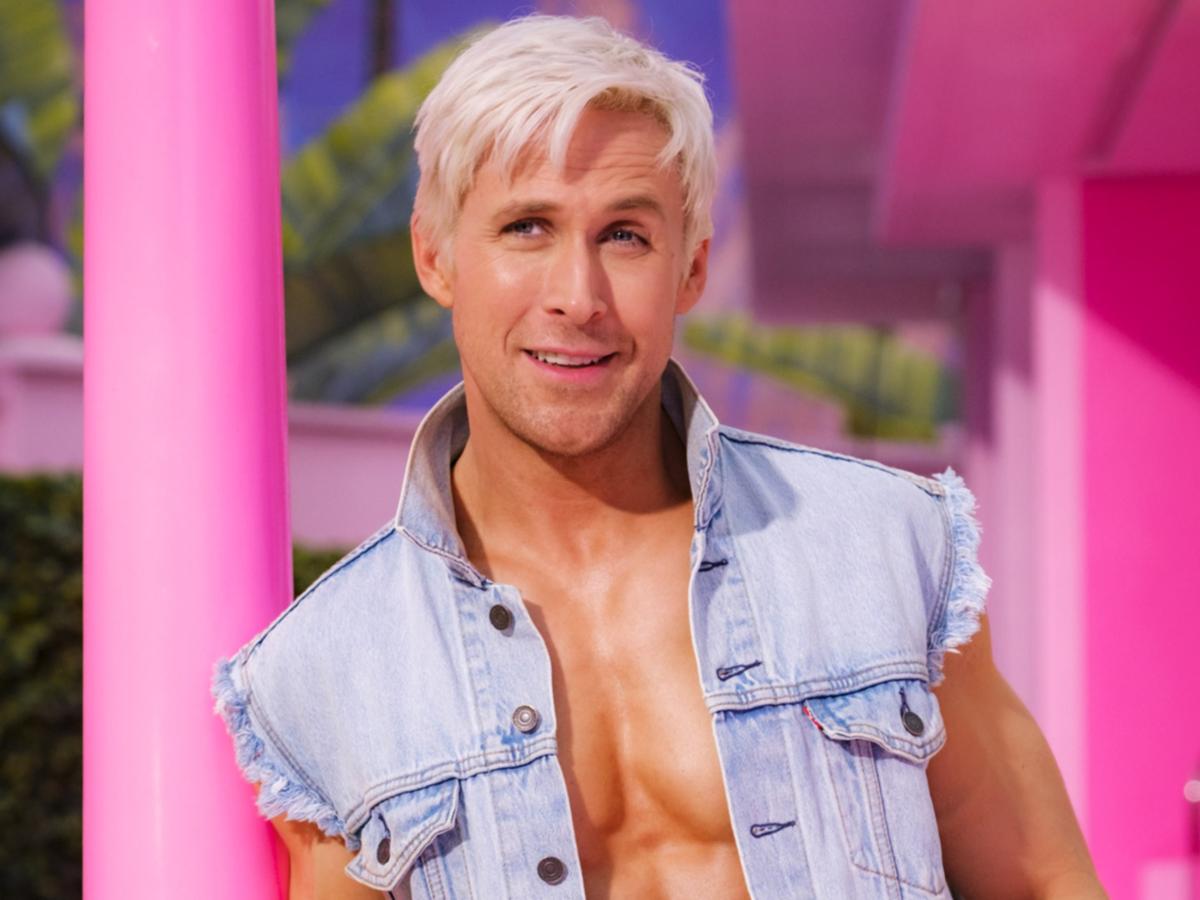 The La La Land star has previously caused a frenzy on the internet with his appearance. When the first stills from his upcoming film Barbie were released, he had the same reactions.

The male lead in the movie, played by Ryan Gosling, was spotted supporting sculpted abs, white blonde hair, and a pair of Ken underpants. In an interview, Ryan remarked, “I was astonished how some people were kind of holding their pearls about my Ken as if they had thought about Ken for a second before this.” The crowd had a variety of reactions, Ryan added. Ken was never played with by them.

Ken is not played with, man. He is merely an accessory, and not even a particularly hip one. Ken lacks all of the necessary resources: money, a job, a car, and a home. He is dealing with some issues. Those are just unavoidable realities about Ken; they are not narrative specifics. That’s how Ken lives, he continued.

Read More: Anna May Wong: Movie Star Becomes First Asian American to be on US Currency! The Fall Guy, the movie in which Ryan Gosling will debut the much-discussed look, is scheduled to open in theatres on March 1, 2024. The film is based on the 1981–1986 television series of the same name.

In this Nicolas Winding Refn film, Gosling plays a Hollywood stuntman who doubles as a bounty hunter. Refn gained fame for helming the first John Wick film. In the new movie, Emily Blunt, who previously appeared in Edge of Tomorrow and A Quiet Place, will play the female lead.

What do you think of Ryan Gosling’s new appearance? Comment below and let us know.

Kris Jenner Has Expressed an Interest in Having Cremation so That Her Children Can Have Her Ashes!