The fact that it’s the first picture from the filmmaker of “Fatal Attraction” and “9 12 Weeks” in two decades sets a high bar for the film, which could lead to disappointment. Will the “Make Movies Sexy Again” camp overlook some of “Deep Water’s” storytelling flaws, or will this serve as further confirmation that the subgenre is creatively dead?

Early reviews have been mixed, and there’s no denying that some of it, particularly the closing act, feels like it’s been through editing hell. I’m looking forward to seeing the rumored extended version because there’s a lot here that works, including a fantastic Ben Affleck performance and the kind of sexual tension that Americans simply don’t deliver in the twenty-first century.

“Deep Water,” based on Patricia Highsmith’s 1957 novel, doesn’t waste time with the “happy days” of the Van Allen union. Highsmith also authored Strangers on a Train and The Talented Mr. Ripley, which should give you some notion of the games being played here. Vic Van Allen (Affleck) and his wife Melinda (Ana de Armas) are in the throes of a broken marriage when we meet them.

They’ve kept together, ostensibly for their daughter Trixie (Grace Jenkins), but there doesn’t appear to be much love between them. The first extended scene takes place at a party, where Melinda becomes quite inebriated and flirts with an attractive young man whom she personally invited. Vic tells the new beau in a private moment that he killed Melinda’s previous lover, who is now gone.

Is he joking, or what? He pretends to be the next day, but the core machination of the script by Zach Helm (“Stranger Than Fiction”) and Sam Levinson (“Euphoria“) has already begun: Melinda cheats, and Vic may kill the guys with whom Melinda cheats.

That’s exactly what Don Wilson (Tracy Letts) believes is going on, and the fact that he’s the one driving the plot is a flaw Helm & Levinson don’t spend nearly enough time emphasizing. Why is this man putting so much effort into his notion that Vic is a murderer? He mentions a book near the end, which could be the only reason, but there’s also an interesting sequence when Don sees Vic and they get a little angry over how Van Allen made his money—the type of drone technology used in warfare.

“Deep Water,” based on Patricia Highsmith’s acclaimed novel (The Talented Mr. Ripley), takes us inside the picture-perfect marriage of Vic (Affleck) and Melinda (de Armas) Van Allen to discover the dangerous mind games they play and what happens to those who get caught up in them.

Is it true that Vic has always regarded human life as disposable?

In “Deep Water,” there’s an intriguing undercurrent about two people who appear to be completely different yet are both users—Melinda uses guys for pleasure and to provoke her husband. She claims that she does so because of how they make her feel at one time. These are self-centered individuals, two persons who succumb to basic instincts in ways that most moral people would suppress.

Affleck wonderfully captures this seething selfishness, demonstrating that he is a natural fit for the universe of the author who gave us Tom Ripley. In the way he captures Vic’s temperature, the way it increases every time he sees Melinda with a new lover, including ones played by Jacob Elordi and Finn Wittrock, there are shades of Affleck’s work in “Gone Girl.”

Today’s Pick.
Deep Water.
A psychological thriller movie.
A well-to-do husband who allows his wife to have affairs in order to avoid a divorce becomes a prime suspect in the disappearance of her lovers.

Why isn’t Vic simply giving up?

The script, particularly in the final act, alludes to some darker issues that a longer version would likely analyze more fully, but Affleck and De Armas sell psychosexual dysfunction in a way that other actors would have missed. Lyne knows how to make the most of their physical attractiveness and sexual chemistry on-screen, reminding viewers how uncommon it is to watch prominent movie actors act like this.

I’d also like to mention how much I’ve been enjoying Lil Rel Howery’s recent appearances and how good he’s been in minor roles (he’s also in two SXSW films this year, “I Love My Dad” and “Spin Me Round”). He’s quickly establishing himself as a valuable asset for those wishing to play a suspicious supporting character.

While I’m sure the abrupt, choppy ending (complete with a terrible decision for the closing titles) would irritate some viewers, “Deep Water” had done enough to win me over before that. It’s a terrible piece of work, a film done by a filmmaker who isn’t afraid to expose the primordial, darker sides of attractive people who hide behind their beautiful exteriors. It may not be the comeback that Lyne fans had hoped for, but it serves as a reminder that films like this can still be created today. Even if it isn’t guaranteed to be tomorrow. 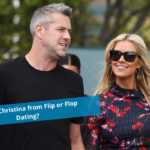 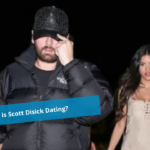 Next Article Who is Scott Disick Dating? ‘Too Hot To Handle’ Star’s Current Relationship Info

Space Force is a Netflix workplace comedy series created by Greg Daniels and Steve Carell. It follows a group of people tasked with constructing the […]