Black Adam Cast Guide: Who Will Star in the Film Based on DC Comics?

Black Adam is a superhero movie based on the DC comic character of the same name. Along with the amazing narrative, spectators have been captivated by the ensemble. And we already know who will appear in the movie. Black Adam had its debut appearance in Mexico City on October 3, 2022, and is set to be released in the United States by Warner Bros. Pictures on October 21, 2022.

The movie will be released in several countries on October 20, one day before its domestic release. If you didn’t already know, Black Adam is a spin-off of the 2019 movie Shazam!.

Teth Adam was bestowed with the gods’ mighty powers in ancient Kahndaq. He was imprisoned after using these powers for revenge, becoming Black Adam. Let s explore more about the characters in the upcoming movie. 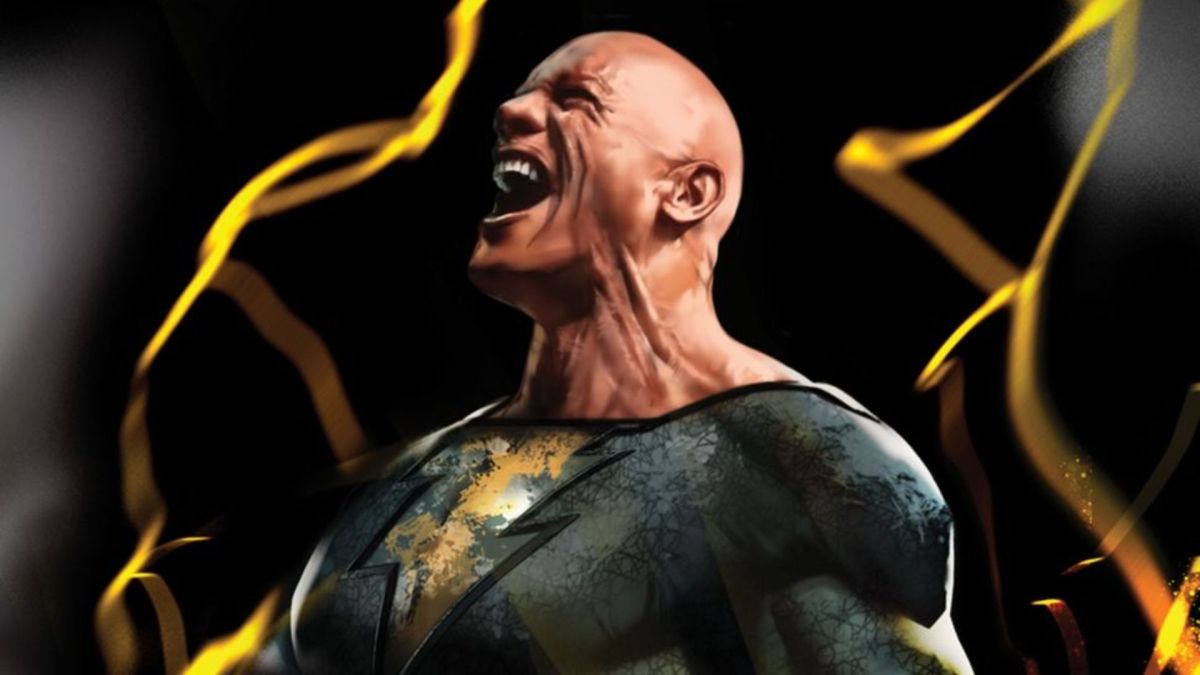 The official synopsis of Black Adam reads, Nearly 5,000 years after he was bestowed with the almighty powers of the Egyptian gods and imprisoned just as quickly Black Adam is freed from his earthly tomb, ready to unleash his unique form of justice on the modern world.

The characters that are scheduled to appear in the movie are as follows: Let’s start with the lead. Black Adam is a Kahndaq antihero who has been locked up for 5,000 years. He received his power and influence from the ancient wizard of the same name, just like the superhero Shazam.

You’ll be even more thrilled to hear that Dwayne Johnson has voiced the character in an animated movie. Black Adam has remained one of Captain Marvel’s / Shazam’s and the Marvel Family’s archenemies.

Do we really need to go into detail about the legendary Johnson? We all know that Johnson wrestled for the WWF/E for eight years before embarking on a career in acting.

His movies have grossed more than $3.5 billion in North America and more than $10.5 billion worldwide, making him one of the highest-grossing and highest-paid actors in the world.

Johnson is also recognized for his busy schedule and ability to work on numerous projects at the same time. 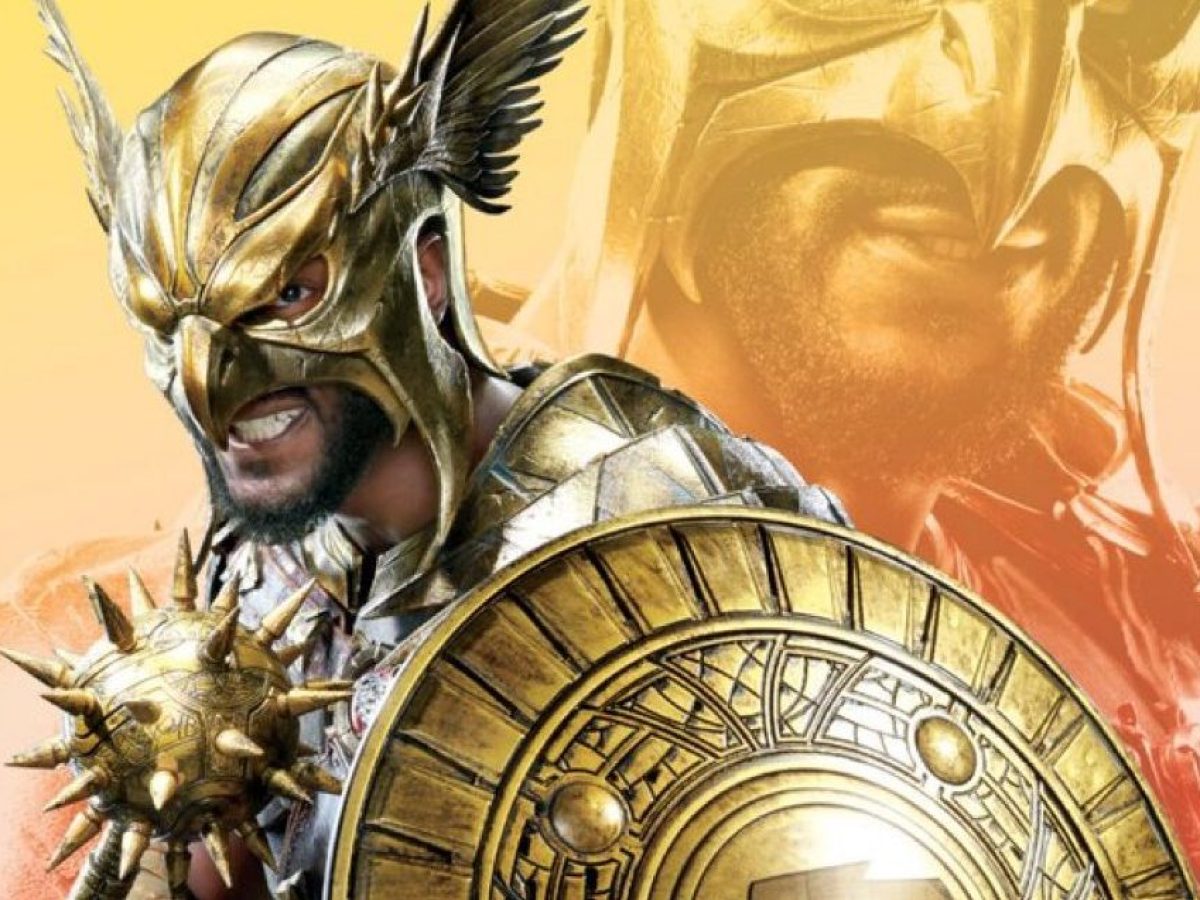 Now, we have a leader of the Justice Society of America (JSA). Hawkman is an archaeologist who is the reincarnation of the Egyptian prince Khufu, who enslaved Adam, and possesses flight abilities thanks to his Nth metal wings.

Carter Hall has two distinct origins: the Golden Age origin and the Post-Hawkworld (or current) origin. Michael Shanks portrayed the role in the live-action television series Smallville. Falk Hentschel played him in the Arrowverse crossover “Heroes Join Forces” and in Legends of Tomorrow.

Now, the character is making a comeback, and Aldis Hodge will have the opportunity to portray him. Aldis is a talented actor who is well-known for his major roles.

He also appeared in some famous productions like One Night in Miami and The Invisible Man. Cyclone is a JSA member who can influence wind and produce sound. She aspires to measure up to her family’s superhero inheritance as the granddaughter of Abigail “Ma” Hunkel / Red Tornado.

Swindell that s portraying the character in this new upcoming movie talked about Cyclone s personality. She said, Oh yeah. Maxine Hunkel, aka Cyclone, she’s a young girl who’s just on the verge of becoming a superhero.

She’s a metahuman and she’s learning how to utilize her powers and to even see the scale that her powers can go to. So this is that first instance where we’re seeing this young girl, who comes from a lineage of superheroes, just stepping into herself and figuring out who she is among all of these other people.

And for me, I wasn’t familiar with Cyclone when I first heard about the film, but through source material and all of the information from DC and doing a little research and character development in the beginning, got more familiar and got 10 times more excited to play her because she’s just so special.

Now Swindell is also not an unfamiliar face in the entertainment industry. She has made her appearance in a lot of productions. She is best known for the role of Tabitha Foster in the Netflix teenage series Trinkets.

And along with that, she is recognized for her brief appearance as Anna in the HBO series Euphoria.

Read More: Creed III Trailer: The Legend of Sylvester Stallone Lives on Thanks to Michael B. Jordan!

Atom Smasher is a JSA member who can control his size and strength by controlling his molecular structure. Atom Smasher is well-known for his capacity to grow and his superpowers. Adam Copeland made his live-action breakthrough as the character in The Flash.

We’ve all imagined Noah as a romantic guy with incredible elegance. Of course, because of his appearance. He has appeared in All the Boys I’ve Loved Before and its sequels, as well as Sierra Burgess, Is a Loser, and The Perfect Date, all of which were Netflix romantic comedies.

He is also well-known for his roles as Jesus Adams Foster in the final three seasons of The Fosters.

Doctor Fate is also a member of the JSA and the son of an archaeologist who managed to learn sorcery and was granted the magical Helmet of Fate. Brent Stait portrayed the character in the live-action television series Smallville.

Regarding the actor playing this character, Brosnan is best known as the fifth person to portray secret agent James Bond in the Bond movie franchise. In 2020, he was ranked 15th on The Irish Times’ list of the greatest Irish film actors.

Brosnan talked about his character s costume and said, I know, I know. I do have to put the motion-capture suit on, which is an acting challenge in itself. But luckily, I was brought up in the theatre, so I know how to get into tights and act the goat. 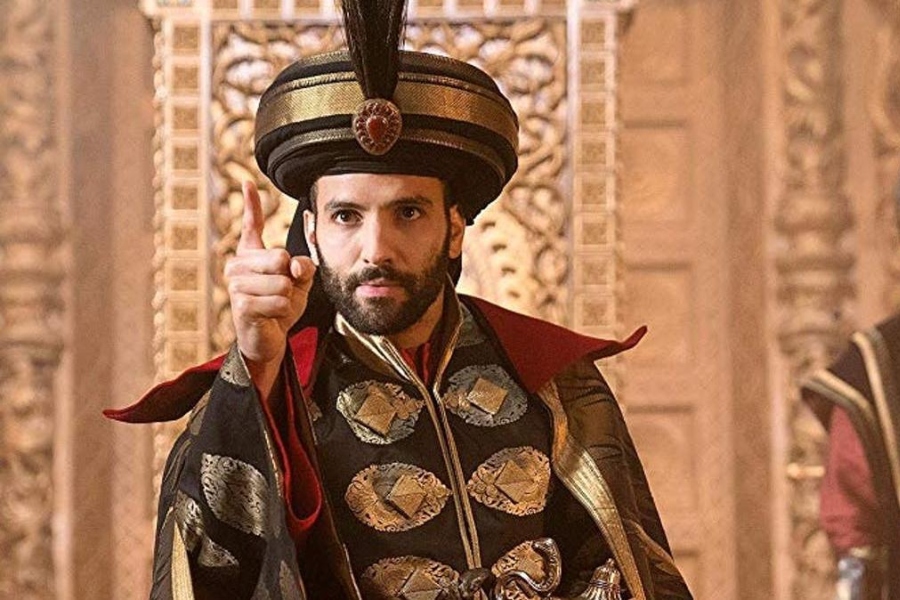 Ishmael Gregor, better known as Sabbac, is the militant leader of the criminal organization Intergang, whom Adam must take down in collaboration with the Justice Society.

You’ll be thrilled to learn that the Ishmael Gregor edition of the character, played by Marwan Kenzari, will make his cinematic breakthrough in the DC Extended Universe movie, Black Adam. Marwan rose to prominence after appearing in the 2013 film Wolf.

The actor continued to appear in Aladdin (2019) and The Old Guard (2020), earning him international acclaim.

Adrianna is commonly known as Isis. In Kahndaq, she is a university professor and a resistance fighter. The main character of The Secrets of Isis, a live-action television show starring Joanna Cameron that served as the second half of The Shazam!/Isis Hour, is closely modeled after the superhero.

Smallville represented Isis as a superhero form taken on by Lois Lane, played by Erica Durance when possessed by the Amulet of Isis, while Adrianna Tomaz, ended up played by Erica Cerra.

Legends of Tomorrow, an Arrowverse television series, introduced a brand-new incarnation of the character, Zari Tomaz, played by Tala Ashe.

About Sarah, she is a model and an amazing actress. She portrayed Carmen on The L Word in 2005, and Kate Reed in the USA Network legal drama Fairly Legal. In addition, in 2007, she co-starred with Damian Lewis in the NBC series Life as homicide detective Dani Reese, her first lasting leading role on television.

What are your thoughts on the cast members of Black Adam? Are you excited to see them portray their roles in the movie? You are welcome to drop your opinion in the comment section below.

Jojo Siwa Has Debuted Her Appearance in The Upcoming Horror Film “Sketch.”