There is cause for concern as the promo for Million Dollar Listing Los Angeles’ 14th season appears to be missing three of the popular show’s stars. ET has the first look at season 14 of Million Dollar Listing Los Angeles, which is about to premiere. While Fredrik Eklund, James Harris, and David Parnes have left the show this season, Josh Altman, Josh Flagg, and Tracy Tutor are returning. As a result, the show has a smaller cast and is more intimate than ever.

The Altman Brothers are tackling bigger projects and more potent drama than ever before with Heather Altman, Josh Altman’s wife, who has been working with the Altman brothers for the majority of the company’s existence, also on board. Additionally, in the history of MDLLA, there have never been as many agents employed by a single agency, Douglas Elliman. As a result, the agents engage in unparalleled competition and cooperation.

These realtors are being forced to adapt to the market changes as loan rates slowly start to rise in Southern California following two years of the property boom. As a result, this has been one of MDLLA’s most exciting seasons in history. Josh, Josh, and Tracy have contributed to one of MDLLA’s most fantastic seasons to date by co-listing properties and working together on a highly-priced project in Las Vegas.

Read More: Beyoncé Surpasses Husband Jay-Z to Become the Artist with The Most Grammy Nominations in History.! 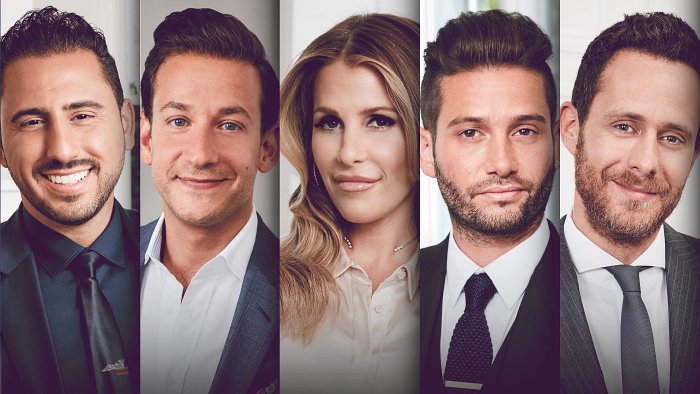 Nothing in life is as volatile as the real estate market, as agents Josh Altman, Tracy Tutor, and Josh Flagg of Million Dollar Listing Los Angeles are aware. The drama between the three agents is therefore expected to be as strong as it is.

TV Star Julia Fox Opens up About Her Sexuality, Says…

In the first trailer for Season 14, the group tries to manage both. However, it’s tough to predict whether they will be successful, especially given that this would be the trio’s first time working together at the same agency. Flagg nevertheless cautions Tracy, “Don’t mess this thing up for me,” as the couple joins together to rejoice. Breaking records is what we do best, says Altman. We frequently set records.

While training her daughter Juliette, who aspires to follow in her footsteps, Tracy continues to grow her company this season. But it’s crucial to keep in mind that other career triumphs could also have a price. The pair became even closer after Heather Altman was made a partner and co-CEO of Altman Brothers.

Even if the lives of the Altman family are more in sync than ever at home and at work, the pair still needs to be on the same page in either setting. Altman still has trouble finding a work-life balance. Altman’s Beverly Hills home has an unsolicited bidder, which provides a wide range of opportunities.

Since he announced his split from Bobby Boyd in March, Flagg has struggled not just with hurdles in his work life but also with some internal issues. When Flagg informs Tracy, “I am about to sell a house,” he is surprised. It seems sensible to say, “Beware, my future ex-husband is listing it.”

The turmoil surrounding Bobby continues because there are still more. When she mentioned that she and Altman had recently visited Altman’s ex, Flagg asked, “So you’d like to make friends with them? F—k you two.

It is important to remember that Million Dollar Listing Los Angeles has a TV-PG rating, meaning it contains material that parents would deem inappropriate for kids under the age of eight. But young parents might find it interesting to watch this with their kids.

The theme itself necessitates parental supervision. The program itself may also include the following:

The 14th season of Million Dollar Listing Los Angeles will premiere on HGTV on Thursday, December 8 at 9 p.m. ET/PT. The following day, a brand-new episode of each series will run on Peacock. What do you think of the program? Do you feel any excitement about it? Please share your thoughts with us in the space below.

TV Star Julia Fox Opens up About Her Sexuality, Says…