Who is Drake Dating? Drake Splits From Johanna Leia – Latest News About his Dating History in 2022

Drake is known for keeping his personal life quiet, so fans were taken aback when he revealed his girlfriend Johanna Leia on his Instagram page in September. However, it appears that the couple has split up when speculations surfaced that the rapper has a new leading lady in his life.

After Drake celebrated his 35th birthday with a Narcos-themed party and Leia was absent, rumours about the Certified Lover Boy’s relationship with the model began to circulate. According to sources, Drake was serenaded during the party by a Palestinian-Canadian dabke ensemble, who were hired by the new woman in his life. His purported boo is from Canada and currently resides in Miami, Florida. According to a person who spoke to Radar Online,

“He’s not with Johanna anymore.” His new girlfriend is the one who brought him the Arabic dabke for his birthday surprise.”

Drizzy and Leia made headlines this summer after the rapper hired out the Dodgers stadium for a date with the model in July. Drake also made a point of getting to know Leia’s son, 17-year-old basketball standout Amari Bailey, and even gave him a diamond-studded, personalised OVO necklace with a number 10 pendant on it.

Drake has remained tight-lipped about his personal life, but given his track record, his breakup with Leia could end up on his next album.

Who is Drake Dating?

Drake has always been a basketball fanatic. He’s made numerous references to basketball players in his music. His words really do tell volumes about his admiration for these players.

Drake recently shared a photo of himself cuddling up with Elizabeth on Instagram, which has gone viral. Drake and Elizabeth are merely good friends, and he holds Elizabeth in high regard as an athlete. Their bond is quite strong!

Drake even made a reference to Elizabeth in his verse on Travis Scott’s 2018 tune “Sicko Mode.” Despite the fact that Drake and Elizabeth have a fantastic relationship, there isn’t anything romantic going on here.

According to TMZ, he’s been having an on-again, off-again romance with Johanna Leia for a long now. Elizabeth, on the other hand, hasn’t indicated whether she’s dating somebody new or remains single at the time.

Drake is notoriously guarded about his personal life, and seeing him with a woman he’s dating is quite rare.

Since his rise to popularity over a decade ago, the Canadian rapper has been associated with a slew of high-profile women, including Rihanna, Jorja Smith, and his child’s mother, artist and former actress Sophie Brussaux.

Here’s a rundown of Drake’s dating history, in case you missed it.

Related – Who is Ari Fletcher Dating? Is She Still Dating MoneyBagg Yo in 2022?

In July 2021 in Los Angeles, Drake was seen on an intimate date with model and reality TV personality Johanna Leia in an empty Dodger Stadium.

According to TMZ, she and Drake have been dating in secret for several months. It’s believed that the two met through high school basketball a few months ago. Amari Bailey, Johanna’s son, is a potential basketball star.

Drake is said to have counselled Amari on “finances, popularity, and life in general,” as well as “how to deal with all the attention and pressure that comes with being a star player.”

Drake and Amari are said to have spent one-on-one time together, as well as him, Drake, and Leia spending time together at Drake’s residence.

Three months later, it was revealed that the couple had broken up and that the rapper had already moved on to a Miami-based, Canadian-born woman.

Drake was romantically associated with singer Naomi Sharon during the recording of his sixth studio album Certified Lover Boy.

According to reports, Drake may have played a role in Sharon’s breakup with her now ex-fiancé Jamie Sun, who revealed their breakup on social media.

Sharon, who is of Dutch and Caribbean ancestry, has yet to respond publicly to the allegations. Fans, on the other hand, believe she alluded to the situation in a video she posted of herself singing online immediately after the news surfaced.

Kylie Jenner was rumoured to have dated Drake towards the end of 2019, only months after her separation from ex-boyfriend Travis Scott, with insiders suggesting they had “shared feelings” for each other.

According to reports, things between the two had cooled off, with Kylie being turned off by his reputation as a notorious womaniser. A source claimed, “She’s smarter than that.”

Drake has been a long-time buddy of the Kardashian-Jenners, performing at Kylie’s 16th birthday party.

Drake’s song “Side-piece” was mistakenly played during a Livestream in May 2020, in which he refers to Kylie as a “side-piece.” Later, the rapper apologised for the lyrics and clarified the situation on Instagram.

He began by saying, “A song that Mark played last night on the night owl sound live concert shouldn’t have been played.” “It’s a song that leaked three years ago and was quickly dropped. He’d gone too far into the Drake/Future discography.”

“The last thing I’d want to do is wake up and have any of my pals feel disrespected,” Drake continued, “so I just had to say that to start the day.” Kylie is said to have laughed at the song.

In September 2018, Drake was romantically linked to model Bella Harris, apparently shutting down an entire restaurant in Washington, D.C. only for a date night with the stunning woman.

Harris is the daughter of Jimmy Jam, a prominent music producer and regular collaborator with Janet Jackson. Bella was only 18 years old at the time, while Drake was 31. The supposed romance raised a few eyebrows.

Harris, on the other hand, went on to refute the rumours. “”I feel I need to set the record straight after an outstanding New York fashion week,” she posted on Instagram. “I did not dine in DC recently.” Every day, I was happily working and dining in New York City.”

According to a purported insider close to the rapper, the two had “never been dating.”

Drake was linked to Malaika Terry, a Jamaican-Irish Instagram model, in the summer of 2018.

The OVO CEO was spotted walking around his hometown of Toronto with Terry, and the two were thought to be growing serious, with some sources claiming she’d even met his mother.

Drake apparently developed feelings for Lateysha Grace, a Welsh reality star, in mid-2018, at the same time he was linked to British singer Raye.

The rapper had been in London promoting his fifth studio album, Scorpion, for a long period.

Drake was rumoured to be dating British singer Raye in April 2018, with rumours saying the two spent time together while the rapper was in London.

According to a source at the time, Drake was interested in Raye because of her songwriting abilities, and the two embarked on a “series of dates,” with Drake taking her to his favourite Central London restaurant.

Drake was accused of surreptitiously wining and feeding model Bella Hadid for four months in October 2017, according to sources. “They began off casual,” the person stated, “but they’re obviously serious now.”

Drake was also said to have thrown Bella Hadid a party on her 21st birthday. Bella’s ex-boyfriend at the time, The Weeknd, was Drake’s buddy and regular collaborator, so their rumoured romance wasn’t without issues.

Drake and his fellow Canadian hitmaker reportedly got into a squabble, and Drake eventually went on to date Bella again until their final split in 2019. 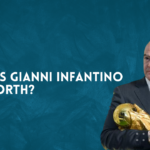 Previous Article What is Gianni Infantino Net Worth? How Rich is The FIFA Topman in 2022? 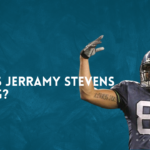 Next Article Who is Jerramy Stevens Dating? Former American Football Players’ Net Worth and Relationship with Hope Solo in 2022

This is the story of Olivia O’Brien’s brief romance with Pete Davidson. The singer of “I Hate U, I Love U” confirmed in the edition […]

Andy Cohen, the host of Watch What Happens Live with Andy Cohen, recently received a star on the Hollywood Walk of Fame, and John Mayer […]