Who is Christina from Flip or Flop Dating? HGTV Star’s Relationship timeline with Joshua Hall

When it was reported in 2020 that Christina Haack and her husband, Wheeler Dealers host Ant Anstead, would be divorcing after less than two years of marriage, fans of HGTV’s Flip or Flop were shocked.

Their breakup occurred less than a year after Hudson, the couple’s son, was born. Christina had previously been married to her co-star Tarek El Moussa, and this was her second divorce.

It’s understandable if Christina is scared to return to the dating scene, but is the real estate mogul still single? Here’s what we know so far!

Ant and Christina’s divorce was finalized in June 2021, and Ant quickly moved on with Oscar-winning actress Renée Zellwegger.

Christina, on the other hand, went on to sell the $6 million O.C. property she lived with the British TV star and kept quiet about the breakup.

She did, however, discuss being a single mother.

“I never expected to have two baby dads, but life has a way of throwing us curve balls.” In September 2020, she said on Instagram, “Instead of being caught in these setbacks,’ I choose to look at these problems as opportunities to improve.”

Christina stated in a candid interview with E! News in June 2021 that her next partner would have to be exceptionally special for her to contemplate dating.

“It would take a very special person,” she told the tabloid. “Right now, my goal is to focus on my kids and [keep] my private life as private as possible.”

Fans were taken aback when Christina was photographed with her new lover Joshua Hall in July 2021, owing to her statement. Christina and Joshua had been dating for a few months at the time, according to Page Six, and Joshua, like her ex, worked in real estate.

Joshua served as a police officer for 16 years before being forced to quit due to injuries.

Christina and Josh have remained together since she made their romance public in a lengthy Instagram post. “I met Josh when I wasn’t in a condition of panic, fight, or flight,” she wrote in July 2021. The synchronicities slammed at us so hard and quick that we couldn’t ignore them. I felt insanely protective of him right away, and I wanted to keep him to myself and get to know him before the cyclone (media attention) struck.”

There have been rumors that Christina would reconcile with Tarek or Ant, but neither of those possibilities is likely to materialize because she appears to be falling over heels in love with Josh. Her most recent Instagram photos show the couple appearing completely content to be together. Christine is not pregnant with her third kid as far as we know, but that doesn’t rule out the possibility of growing their family in the future.

Definitely not a flop! Since they initially declared their romance in July 2021, Christina Haack and Joshua Hall’s romantic love tale has charmed people.

Following her divorce from Ant Anstead, the Christina on the Coast actress was photographed with a handsome stranger, who was later identified as Hall by Us Weekly. Soon later, Haack revealed her new relationship in a lengthy Instagram post, stating that she wished to “shield” her new partner from all the negative aspects of celebrity life.

“I met Josh when I wasn’t scared or in a fight-or-flight situation….” On July 8, 2021, she wrote, “The synchronicities hit us so strong and quickly that they were impossible to ignore.” “I felt insanely protective of him right away, and I wanted to keep him to myself and get to know him before the cyclone (media attention) struck.”

The HGTV celebrity then went into depth about how her relationship had grown since they first met. They’d met years before at a real estate convention, according to a source.

Haack added, “We’ve had a couple of solid months of just us getting to know one other and I’ve cherished every minute of it.”

The author of Wellness Remodel also attacked critics who said the romance started too soon.

“‘Another relationship,’ you say, and guess what? “I’m 38, and I’m going to do whatever I want,” she continued. “We couldn’t ignore the synchronicities since they came at us so hard and quick.”

Related – Who is Doja Cat Dating? Latest Info About her Dating History

Haack was previously married to her Flip or Flop co-star Tarek El Moussa before marrying Anstead. The California native appears to approve of his ex-new wife’s romance, having met Hall “a few times” through real estate work, according to Entertainment Tonight in July 2021.

Hall “seems like” a good guy, according to Tarek’s Flip Side presenter.

In September 2020, Haack announced her second divorce on Instagram, writing, “I never believed I’d have one divorce, never alone two.” “I never expected to have two baby dads, but life has a way of throwing us curve balls.” Rather of becoming caught in these setbacks,’ I prefer to see them as chances to learn and grow. So, while some may pass judgment on me and spread stories about me, the vast majority of you back me up. And that tells a lot about the world we live in and where we’re going. I’m a mess, I’m honest, and I’m on the mend. Every one of us is a work in progress.” 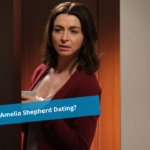 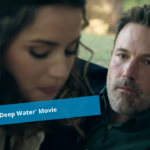 Bill Hader and Anna Kendrick Break Up: Check Here What Hapened Between Them

Actresses Bill Hader and Anna Kendrick will no longer have to hide their romance from the public. In a statement, ET has announced that they […]