Nick Moran is a British actor and filmmaker who was born in London’s East End. He is most recognized for his parts in Guy Ritchie’s films Lock, Stock, Two Smoking Barrels (1998) and Snatch. (2000), as well as the Harry Potter movies (2001-2011).
In 2009, Moran wrote and directed the film Telstar: The Joe Meek Story. Read More: What is Anitta’s Net Worth? Inside the Life of Multitalented Artist ‘Anitta’ in 2022

Moran has also appeared on stage; his first role was as an understudy in the West End production of Blood Brothers. At the Royal Court Theatre, he was a member of the original cast of Nick Grosso’s Real Classy Affair. Following that, he appeared in Paul Webb’s Four Nights in Knaresborough and Look Back in Anger in 2001, Alfie in 2003, The Countess in 2005, and as ‘Juror 7’ in Twelve Angry Men at the Garrick Theatre from November 2013 to March 2014.

With James Hicks, Moran co-wrote the play Telstar. It’s based on the true story of Joe Meek, one of Britain’s first independent record producers, who scored a worldwide smash with the Tornados’ Telstar single in 1962.

Paul Jepson directed the play, which ran from June 21 to September 12, 2005, at the New Ambassadors Theatre in London. Following a successful small-scale National Tour starring Linda Robson, Adam Rickitt, and Con O’Neill, the play made its West End debut.

In 2009, Moran directed a film adaptation of the play. Meek was played by Con O’Neill, who recreated his character from the stage, while his funder, Major Banks, was played by Kevin Spacey.

In October 2015, Moran was featured in the lead role of ‘Roaring Trade’ at Park Theatre.

Read More: What is Shaun White’s Net Worth in 2022? His Personal life, Career, Affairs, and Many More Updates!

Moran married actress Sienna Guillory in 1997, but their relationship was short-lived. She is well recognized for playing Jill Valentine in the “Resident Evil” film series. She also played Arya Drottningu in “Eragon” and Helen of Troy in “Helen of Troy.” Nick didn’t marry again for 15 years after the divorce when it was confirmed that he married Jasmine Piran. Nick is a huge fan of Frank Sinatra’s music and leads his own tribute band. 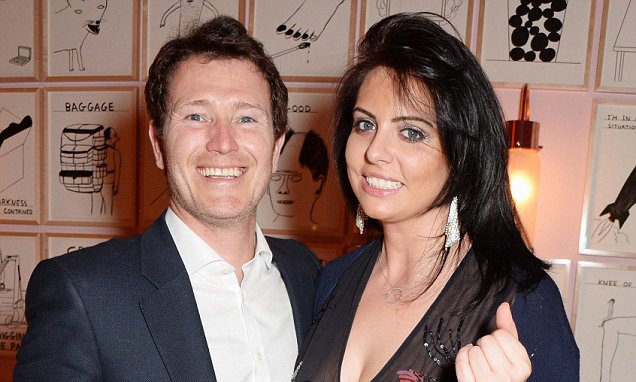 He frequently appears as part of the line-up for London’s Café de Paris, a nightclub located in the West End, or at charity events across the country. He is also a karate practitioner who spends his leisure time improving his talents. He has two younger brothers who are both six feet five inches taller than him. He’s also expressed a wish to have children in the near future, despite the fact that he currently has none. While he has worked on a number of movies that have failed, he feels that even lousy films may provide valuable learning opportunities.

He used to be a member of a Frank Sinatra tribute band and has performed at a number of charity events.

Read More: What is AL Rocker’s Net Worth – Inside the Life of TV Star’s Career, Personal Life, and More in 2022

Nick Moran’s Salary and Net Worth in 2022

According to several sources, net worth is an approximate asset. Nick Moran’s current net worth is between $5 and $10 million as of 2022.

. The majority of Nick’s earnings came from his Yeezy sneakers. While he had overstated the scale of his firm throughout the years, the money he made from it was real–enough to qualify as one of the largest celebrity cashouts of all time. His primary source of income is as a successful actor. He has a huge social media following.