Debra McCurdy, Jenette McCurdy’s mother, insisted that her daughter take up acting because she thought that “writers got fat.”

The former American celebrity, best known for her performances in Nickelodeon’s iCarly and Sam & Cat, wrote her new memoir, “I’m Glad My Mom Died,” which opens up about the violence she endured while working in the entertainment industry and explains why she was happy when her mother died.

The Trauma Of A Mother’s Abuse…

Jennette McCurdy, a personality on Nickelodeon, revealed why she was relieved when her mother died in her memoir, “I’m Glad My Mom Died.” McCurdy became famous for her acting, but despite her success, she always yearned to be a writer.

The first book was written by Jennette and was released on August 9, 2022, and details her difficult relationship with her controlling mother up until her cancer-related death in 2013.

When I was six years old, she turned to me and told me that she wanted me to be an actor since her parents would never allow her to be one, according to McCurdy. I really do mean that. I’m relieved she passed away. McCurdy admitted to Robin Young, the event’s host, that she had recently believed that no one else in her family could read her mother the same way.

When she’s about to blow, I can see it. I believed it was my responsibility to maintain her emotional stability. She admitted that her mother had pushed her to act like a child and had supervised her entire adolescence.

Her mother was “abusive and dysfunctional,” isolating her, organizing her entire acting schedule, and choosing the outfits for her auditions. In addition, her mother predicted that the “Sam & Cat” actress would stop playing the part of the child when she became older. Because of this, she gave McCurdy advice on calorie restriction, a harmful method of maintaining her thin frame. 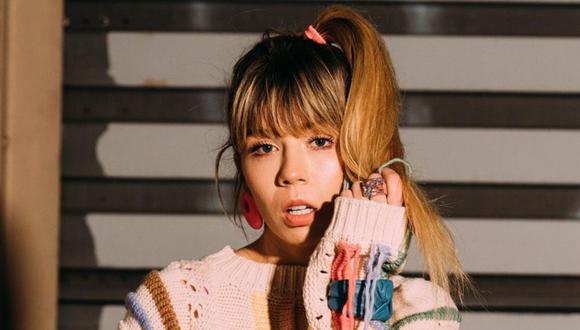 She now suffers from full-blown bulimia, which McCurdy battled throughout her adolescence. She goes into great depth about it in the book. Debra McCurdy, who passed away from cancer in 2013, was there for incidents like these, according to Jennette, but she didn’t bother to step in since she believed it was just part of being an actor.

McCurdy has previously disclosed that her mother physically and sexually abused her. In an interview, she described how daily life was walking a tightrope due to her mother’s unpredictable emotions.

Another Revelation About Nickelodeon…

The author of “I’m Glad My Mom Died,” Jennette, has shared her emotions with the readers. Jennette McCurdy disclosed in a prior interview with the Washington Post following the release of her book that Nickelodeon had given her $300,000 in hush money to prevent her from publicly discussing her interactions with the network. Read More: Meet Berner: A Surprising Newcomer to The List of Richest Rappers.!

The 30-year-old ex-actor talked of her time working as a youngster on the set, being photographed in a bikini at a wardrobe fitting, and being persuaded to drink alcohol by a menacing character she refers to only as “the Creator.”

She revealed through her new novel, among other devastating and tragic disclosures about what transpired behind the scenes, that the business offered her $300,000 in hush money to keep silent about her mistreatment under The Creator.

McCurdy also remembered The Creator getting into trouble with the network over claims that he had abused people emotionally.

I feel like it’s been a long time coming and should have happened much sooner, the author writes. She disclosed that he had received such harsh punishment that he was no longer permitted to be on the set with any actors.

So, yes, her mother was the cause of all of her problems. Instead of stepping up to support her during these trying times, she merely continued to mistreat her. Jennette is content with her death because of this. What do you think about her autobiography?

Nikita Dragun Was Charged with Felony Battery and Arrested After an Alleged Incident at A Nude Pool.