When Evan Rachel Wood was 19 years old and still dating Jamie Bell, she claims Marilyn Manson, who was in his late thirties at the time, began wooing her.

Evan Rachel Wood recounts how her connection with Marilyn Manson—which she believes was abusive, an allegation Manson fiercely denies—marked the end of her first boyfriend in the new two-part HBO documentary “Phoenix Rising.”

Related – Who is Marilyn Manson Dating? Current Relationship Status and Dating History in 2022

When Wood claims Manson, whose legal name is Brian Warner, came between her and Bell, he was in his late 30s. Manson then approached her and began courting her, she claimed. Soon after, the two started dating. Wood, now 34, accused Manson of sexually assaulting and abusing her during that time last year. All of these connections, according to Manson, were voluntary.

On March 2, Manson filed a civil lawsuit against Wood and Ashley Gore (also known as Illma Gore), alleging them of colluding to portray him as a rapist and abuser, characterizations described as “malicious falsehoods” in the complaint. The complaint names Gore as Wood’s on-again, off-again love companion. Wood and Gore allegedly secretly recruited and coerced additional potential victims “to appear concurrently with charges of rape against” Manson, according to the lawsuit. During an interview on The View Monday, Wood addressed the allegations, stating she is “quite certain that I have the truth on my side and that the truth will come out.”

Wood has subsequently become an activist, speaking out against domestic violence, but had never publicly accused Manson until lately. In 2018, she testified before a House Judiciary subcommittee on her experiences as a rape and domestic abuse survivor in an attempt to pass the Sexual Assault Survivors’ Bill of Rights Act across the country.

Wood’s charges have been vigorously refuted by Manson, who has branded them “horrible distortions of reality.” “With like-minded partners, my intimate relationships have always been fully voluntary.” That is the truth, regardless of how — or why — others choose to falsify the history now,” Manson remarked.

Jaime Bell, Wood’s first boyfriend, is now 36 years old, and they both started off as child actors. Bell is a British actor who appeared in the films Billy Elliot and King Kong[K1] in 2000 and 2005, respectively.

According to Us Weekly in 2012, the former couple met in 2005 while both featured in the music video for Green Day’s “Wake Me Up When September Ends.” They dated for about a year after that.

Despite the fact that Wood claims in the documentary that they were never married, the two did exchange vows in 2012. In 2013, Wood gave birth to their son, and the couple divorced in 2014.

Jamie Bell is a wealthy English actor with an estimated net worth of $11 million. Andrew James Matfin Bell was born on March 14, 1986, in Billingham, England, UK, and rose to prominence with his role as Billy Elliot in the 2000 play Billy Elliot. He began dancing at the age of six, after often seeing his sister’s practices.

Because dancing is not a very macho activity, young Bell, like his character Elliot, kept his dancing a secret from his classmates. He was harassed when the beans were spilled. That just made him more motivated to win the Billy Elliot part in an audition that drew over 2,000 youngsters from the northeast of the United Kingdom.

Numerous nominations and prizes, including the Best Newcomer Award and subsequently the Best Male Performance at the BAFTA awards, demonstrated that he was the correct option for the role. Following that, he worked on films like Undertow (2004), Dear Wendy (2004), The Chumscrubber (2005), and Hallam Foe (2007), among others.

Working with prominent directors such as Peter Jackson in King Kong (2005), Clint Eastwood in Flags of Our Fathers (2006), and Steven Spielberg in Tintin, he improved and enhanced his acting abilities over the years (2011). 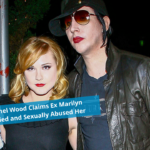 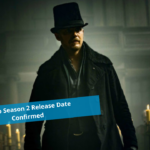 Next Article Taboo Season 2: Confirmation on Renewal – Exciting News for the Fans

What is Michael Chandler Net Worth? How Wealthy is This Star!

Michael Chandler is a top lightweight in the UFC. He’s an American mixed martial artist who’s been fighting professionally since 2009. Chandler won the Bellator […]