After Kristina Basham posted a cryptic divorce post on Twitter, fans of author and Dilbert cartoonist Scott Adams are curious to learn more about her husband.

Basham announced she was “suffering from a divorce and battling cancer” on Twitter today, Friday (11 March), as she tweeted about staying away from the site. Adams revealed the news of their divorce in the latest episode of his podcast series Real Coffee With Scott Adams.

People are now curious to learn more about Kristina Basham and her relationship with the cartoonist as a result of the news. But first, let’s talk about Scott Adams for a moment.

Scott Adams: Who Is He?

Scott Adams was born to Virginia and Paul Adams in New York City in 1957. He became interested in comic books like “Peanuts” after winning a sketching competition as a child.

Scott Adams is an author and cartoonist from the United States. Adams’ most well-known work is the “Dilbert Comic Strip.” Other genres in which Adams has written include nonfiction, satire, business, and commentary.

Adams worked in the telecommunications department from 1979 to 1986. When he became a full-time cartoonist in 1995, his writings began to appear in print.

Kristina Basham: Who Is She?

Kristina Basham was born in the state of California in the United States in July 1988. She is a social media influencer, model, and artist from the United States. Kristina gained notoriety as a result of her connection with Scott Adams. Following the breakup of Scott Adams and Miles.

When Kristina was eleven years old, she did her first modeling job. She has lately opened a bakery in San Francisco in addition to modeling. Basham also has a significant Instagram following of over 3.8 million people.

She is a pilot and a musician who plays the piano, drums, and violin, according to her Instagram account.

Kristina has also earned degrees in economics and neuroscience in the past, as demonstrated by an Instagram post from 2019 in which she said she was pursuing a Ph.D. in neuroscience.

Scott Adams and Kristina are said to have started dating in late 2016, with the cartoonist announcing their engagement on his Real Coffee With Scott Adams podcast series three years later in December 2019.

They married in July of the following year, but Scott announced their divorce on his podcast on Thursday, March 10 after more than two years of marriage.

“I’m separated slash going through a divorce,” he explained. The only reason I’m telling you this is so that if you see my ex-wife or myself out on a date, you won’t be alarmed since it’s part of a long process.”

Kristina issued a separate Twitter response to the news of their divorce, writing that she was “dealing with a divorce and battling cancer.”

Scott Adams was formerly married to Shelly Miles, the author of the Dilbert comic strip. The couple met at a health club, according to People, and married after two years of dating.

Before divorcing in 2014, Adams and Miles had been married for eight years. In a 2017 Bloomberg piece, she was described as his personal assistant, and they were said to be on good terms at the time. 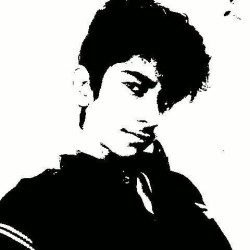 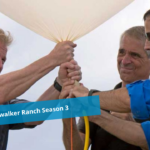 Previous Article The secret of Skinwalker Ranch Season 3: Release Date: Everything You Need To Know in 2022 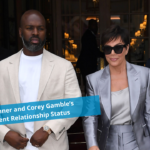 Next Article Kris Jenner and Corey Gamble’s Current Relationship Status – Are They Still Together?

Isn’t it amazing that Angelina Jolie hasn’t returned to the United States yet? On Sunday, July 3, the three were observed at a public market […]