There is a new man in Emily Ratajkowski’s life, it seems! After being linked to the Once Upon a Time in Hollywood actor Brad Pitt for the past few months, the I Feel Pretty actress has moved on.

The model was recently photographed cuddling up to an unidentified male in New York City. To learn more about Emily Ratajkowski’s most recent outing with her new boyfriend, keep reading.

The We Are Your Friends actor was spotted out and about in New York City on Friday, but she wasn’t by herself; a man was with her. In New York City, Emily was seen sharing a kiss with an unknown male.

According to the rumors, Emily and her mystery man couldn’t control their touching. During their most recent outing in New York City, they brought a PDA. Ratajkowski may be seen strolling alongside a handsome man with grey hair in the Daily Mail images that were taken while she was out and about in New York City. The two of them may be seen kissing in a photo.

My Bodyauthor dressed to the nines in all-black attire. She selected a pair of black boot-cut jeans and an off-the-shoulder black sweater. Red boots were the last touch to her outfit.

Her mystery man, on the other hand, was as dashing with an olive green corduroy jacket, a yellow shirt, pants, and sneakers. The pair eventually climbed aboard the mysterious man’s motorcycle while complying with the law by donning helmets. How long the couple has been seeing each other is unknown at this time. 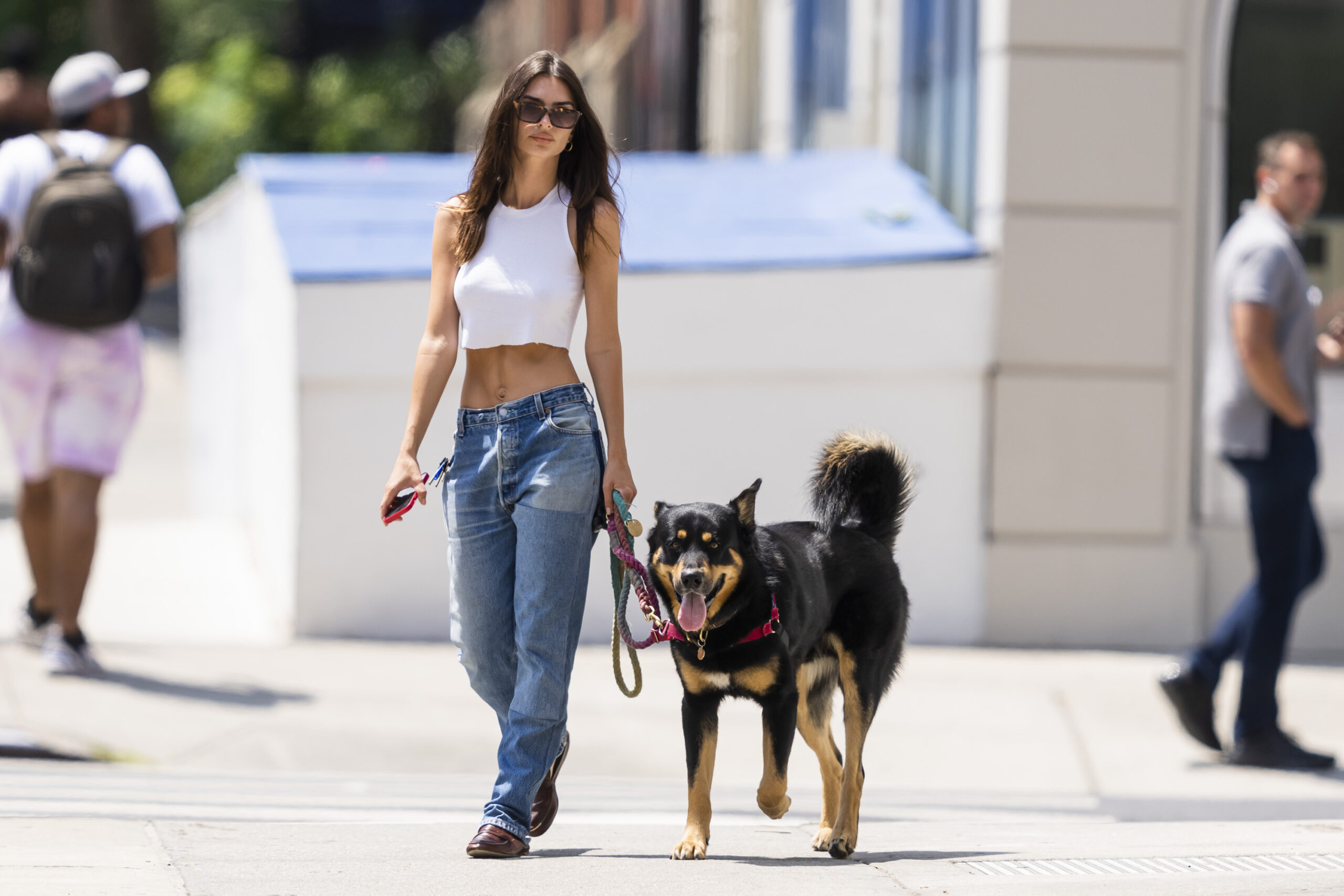 The 31-year-old actress discussed her love life, including her separation from her estranged spouse Sebastian Bear-McClard, in an interview with Variety last week. Therefore, it appears that her relationship with her mysterious lover is still quite young.

According to the Blurred Lines singer, who recently became single for the first time in her whole life, she is “sort of loving the freedom of not being really anxious about how I’m being portrayed.”

She continued, “I write about control and kind of recognizing that one of the best ways to truly be happy and have some semblance of control is letting go.

Read More: Emily Ratajkowski Insists She Is Now Single After Being Rumored to Be Brad Pitt!

When Did Emily File for Divorce from Her Husband Sebastian? For those of you who don’t know, we must inform you that Emily only recently filed for divorce from her estranged husband Sebastian. Sylvester Apollo Bear, the couple’s 1-year-old son, is born into the world with them.

At that time, it was said that Sebastian, a film producer, had an affair with his wife Emily. She ignited romance rumors with Hollywood Heartthrob Brad Pitt after the breakup.

Did you think Brad Pitt and Emily Ratajkowski made a cute couple? Please share your opinions with us in the space below. Keep checking back with us for the most recent information from the entertainment industry.

The First Trailer for the Sequel to “A Christmas Story”