The auctioned collection features the greatest of the American muscle automobile scene from the 1950s to the 1970s, not just Jackson’s sophisticated taste.

Reggie Jackson, a National Baseball Hall of Fame inductee and unabashed baseball legend is no stranger to the concept of legendary status. Jackson not only has an impressive collection of honors and accolades, but he also has a classic vehicle collection that few people can match. It’s no wonder, then, that his automobile collection is renowned in many ways.

While his collection is primarily comprised of muscle cars, he also has a diverse range of types, including luxury automobiles. Although he has auctioned off a large portion of his collection, even the temporary possession of these vehicle icons is worth considering. The auctioned collection features the greatest of the American muscle automobile scene from the 1950s to the 1970s, not just Reggie Jackson‘s sophisticated taste.

Let’s fantasize about some of Jackson’s most legendary muscle cars, and talk about what made them such heavyweights during the golden age of muscle cars.

The year 1968 was a watershed moment in Jackson’s career. The Yenko Camaro is not only legendary but also utterly seductive.

The Yenko Camaro is essentially a Camaro that has been heavily modified by Don Yenko to create a car that rivals the best of the muscle car world at the time while evading GM’s engine restrictions on Camaros. Yenko changed the Corvette’s enormous 7L V8s for a performance beast with roughly 450 horsepower. The Yenko Camaro owned by Jackson is one of only 64 built, and one of only 11 with the SS/RS design, making it extremely rare.

Jackson’s Yenko Camaro has been meticulously restored to ensure that it remains true to its reputation. This car has all of the original features fully functional, including the Munchie 4-speed manual transmission, original Yenko logo, and BE 12-bolt Positraction rear-end, making it an automotive legend in immaculate shape.

The Mecum auction, when this car sold for $285K, demonstrated the great historical and financial significance of such a car.

This fantastic trio, in the iconic American color scheme of red, white, and blue, illustrates Chevrolet’s importance in the 1960s automobile world.

Each of these Corvettes is spectacular in its own right, but having three of them at the same time is nothing short of legendary.

The LS6 is a rare version of an already badass car, and it’s another famous Chevy in the Jackson collection.

The savage 7.4L Turbo-Jet V8 produces 450 horsepower out of the factory, making the Chevelle LS6 the most powerful automobile of the time, with an additional 20 horsepower above the 1969 Camaro ZL1. The car’s historic Muncie M22 transmission, F41 Special Suspension, and cowl-induction hood were all meticulously built not just to handle the engine’s immense power potential, but also to ensure that every last ounce of horsepower is successfully harnessed and utilized.

As one of the most powerful muscle cars in Jackson’s collection, it sold for a comparatively low $97K and was well worth every dollar of adoring glances and secret fantasies from would-be owners.

Taking a break from Chevys, the Pontiac GTO is known for being one of the earliest muscle cars ever made. The GTO not only contributed to establishing the genre of muscle cars in general, but it also became a household name.

A beautiful Burgundy 1965 GTO from Jackson’s collection has been expertly restored to assure both cosmetic and performance perfection. The GTO set the standard for muscle cars, with a big V8 packed in a light chassis driving the rear wheels.

The 6.4L V8 Tri-Power engine (three two-barrel carburetors instead of the customary single four-barrel carburetor) in the 1965 GTO produced a healthy 360HP. The frightening power of Jackson’s GTO contrasts with its beautiful black interior, which Mecum Auctions describes as “nearly intact,” making for a pleasurable ride both inside and out.

Because 75,000 GTOs were manufactured in 1965, this car is legendary for its inventiveness rather than its rarity, making it one of Jackson’s more inexpensive automobiles, selling for $81,400.

Finally, Jackson’s taste extends beyond muscle cars, as evidenced by his 1977 Rolls-Royce Corniche Convertible, which is far more than a standard luxury vehicle.

This Rolls-Royce is more than simply the pinnacle of luxury; it’s also one of Jackson’s favorite automobiles, with a personal backstory that adds to its value. This automobile was purchased by Jackson to celebrate his three home runs in the 1977 World Series Game 6 victory over the New York Dodgers.

The Yankees color scheme matching, handbuilt Corniche cost Jackson $64,250 (about $285,000 today after inflation since 1977) and was promptly driven cross-country by Jackson, which was unusual for a premium car of this stature. The power potential of this car was negated by its 3-tonne weight, showcasing Jackson’s affinity for V8s once again.

Surprisingly, the vintage Rolls-value Royce’s has declined with time, with one ’77 Corniche for sale at Hemmings for $62K. While the monetary value of this car may not be as high as that of Jackson’s other vehicles, its sentimental significance elevates it to legendary status.

Reggie Jackson, the baseball hero, is one of the celebs that has amassed a classic vehicle collection.

The five-time World Series winner is a huge fan of classic cars, to the point where he maintained over 30 of them in a warehouse near the end of his career. Those autos, unfortunately for Jackson, had a tragic finish.

Reggie Jackson was involved in a warehouse fire that resulted in the loss of 35 automobiles.

Reggie Jackson retired from baseball after more than 20 years in the major leagues in October 1987.

Less than a year later, the baseball icon experienced a feeling that was arguably worse than any strikeout. A warehouse in Berkeley, California, was destroyed by fire on August 4, 1988, according to SFGate. In the building, Jackson owned 35 cars with a reported total worth of over $3 million.

Corvettes, Porsches, and other “high-value collector automobiles” were among the vehicles torched, according to Capt. Ron Littley. Five motorcycles, according to Littley, were also wrecked.

A 1932 Ford five-window coupe, valued at $70,000, was among the damaged autos, according to SFGate. He drove a 1987 Grand National Buick with only 180 miles on the odometer, one of only 600 in existence. After capturing the American League home run title in 1983, he received a Buick and a 1983 Porsche Targa, both of which were destroyed in the fire.

Reggie Jackson is a $20 million dollar net worth former professional baseball player from the United States. He played for the Athletics, the Baltimore Orioles, the New York Yankees, and the California Angels before returning to the Athletics for his final season in 1987. In 1993, he was inducted into the Baseball Hall of Fame. 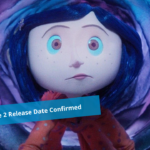 Previous Article Coraline 2 Release Date Confirmed – Spoilers, Plot, and What Do We Know So Far in 2022 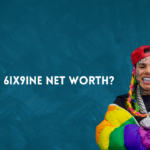 Next Article What is 6ix9ine Net Worth? Inside the Life of Takeshi 6ix9ine

Kid Rock’s enormous collection of vintage and classic cars is a genuine treat for automotive enthusiasts. Kid Rock isn’t one of those people who does […]

Josh Altman (born March 10, 1979) is a real estate agent, investor, and reality television star in the United States. On the Bravo! the television […]

The entire Keeping Up With the Kardashians family is obsessed with automobiles, and we’ve compiled information on Kendall Jenner’s collection of high-end vehicles and their […]