Josh Altman (born March 10, 1979) is a real estate agent, investor, and reality television star in the United States. On the Bravo! the television network, he appears on the show, Million Dollar Listing. On the E! network, he has also been on Keeping Up with the Kardashians and Giuliana and Bill. Despite having a name that sounds similar to that of a television producer, Altman was not involved in the Netflix documentary Pandemic, as some media sources suggested.

Altman traveled to Los Angeles after graduation to seek a career in real estate. He began his career as a real estate speculator and flipper. After that, he ran a real estate finance company for three years until teaming up with his brother, Matt Altman, to start The Altman Brothers at Hilton and Hyland, a real estate brokerage.

He is well known for selling an Ocean Drive property for $10.5 million, the largest condo transaction in Santa Monica history. In 2010, he sold the former home of Norm Zada, the former publisher of Perfect 10, for $16,500,000, which was the sixth greatest sale in Los Angeles County at the time. The Wall Street Journal placed Altman #30 in national team sales in 2013, with revenues of $200,000,000.

Altman works with a number of publications, including The Wall Street Journal and the Boston Herald. Altman has appeared as a keynote celebrity speaker and host at events such as The Luxe Event in Seattle, Century 21 Allstars Sales Rally, Downey Association of Realtors 65th Annual Installation Luncheon, Renter’s Warehouse Event, and Terra Bella Presents “The American Dream.”

Altman now co-stars in the reality television show Million Dollar Listing Los Angeles with Josh Flagg, and previously with Madison Hildebrand. In 2011, he made his first appearance during the fourth season. On May 6, 2012, Altman returned to the show for the fifth season.

The show follows three young real estate salespeople as they sell high-end residences in Los Angeles. On Keeping Up with the Kardashians and Giuliana and Bill, he played a real estate agent.

It’s Your Move: My Million Dollar Method for Taking Risks with Confidence and Succeeding at Work and Life was written by Altman. HarperCollins published the book in 2015.

Josh Altman and Rolls-Royce epitomize what it’s like when a celebrity seems to just genuinely connect with a certain brand.

The million-dollar listing star and LA realtor has posted multiple times on Instagram in the last several weeks about not only his Rolls-Royce but also other odd Rolls-Royces.

He has a one-of-a-kind automotive collection to flaunt. Check it out right now!!!

What is the name of Josh Altman’s wife?

Josh Altman married Heather Bilyeu Altman on April 2, 2016, and they have a beautiful daughter together. The couple began dating in 2010 and became engaged in August of the following year.

The lovely couple met on one of Bravoreality !’s shows, Million Dollar Listing, and have been together ever since.

Related – What is Hank Williams Jr. Net Worth? Current Update on Controversies, Personal Life, and Career

As of 2022, Josh Altman‘s net worth is expected to be around $30 million. Because he is a bright and capable businessman, he has accomplished so much in his profession.

Josh Altman is a well-known real estate agent as well as a TV personality. He works with a variety of famous/popular people across the country, including actors, actresses, sports, and others, and there is no doubt that he has always worked really hard to get to where he is now.

It’s difficult to say how much he gets per month or year when it comes to his income and earnings split. This is due to the fact that Altman has kept his finances and profits a closely guarded secret until now.

Josh Altman, on the other hand, has a lot of assets and properties, including Beverly Hills homes, a lot of cars, and very expensive properties all throughout the United States.

Working as a real estate agent has benefited Josh Altman, who has risen from a low-income household to become a millionaire. 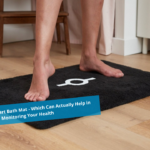 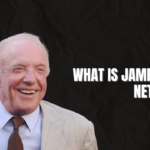 Next Article What is James Caan’s Net Worth? Latest Update on Career, Personal Life, and Real Estate in 2022

The auctioned collection features the greatest of the American muscle automobile scene from the 1950s to the 1970s, not just Jackson’s sophisticated taste. Reggie Jackson, […]

The most ambitious NASCAR drivers may become crew chiefs after they hang up their helmets. After that, it’s possible that you’ll possess a car or […]

Justin Bieber, although only 27 years old, has amassed a sizable and impressive car collection. His youth, on the other hand, is evident in his […]